MONTREAL – Hydro-Quebec says it is aiming to have all of the roughly 40,000 customers still without power Monday afternoon reconnected to the grid by Tuesday.

The 1,400 employees working to restore power across the province following Friday’s windstorm have entered the most difficult phase, the utility’s president, Eric Martel, told reporters Monday. 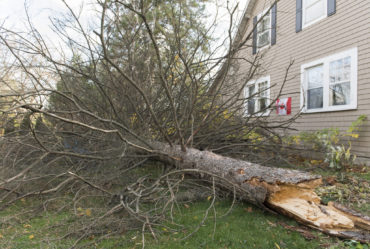 A fallen tree is shown on a property in the town of Hudson, Que., west of Montreal, Friday, November 1, 2019, as high winds have left hundreds of thousands of people without power in Montreal and Quebec.THE CANADIAN PRESS/Graham Hughes

“For about 70 per cent to 75 per cent of the (remaining) blackouts, when we settle one it reconnects five, 10, 20 clients,” he said. “So obviously it’s taking longer.”

At the height of the storm, nearly one million customers lost their electricity as winds topping 100 kilometres per hour swept through much of the province. The utility called in support from Ontario, the Maritimes and Michigan to help restore power.

Martel said the remaining outages were mainly in the Monteregie region south of Montreal, the Eastern Townships and around Trois-Rivieres.

The utility said that in some areas, entire segments of the system need to be rebuilt, while in others, transformers and poles have to be replaced.

Martel acknowledged that many people have asked whether Hydro-Quebec should consider burying electrical lines in order to protect them from the elements. But the utility president said doing so would come with a price tag of at least $100 billion – and a host of other problems.

Underground electrical lines age more rapidly, he said, and they require more upkeep and make it harder to detect problems. “And the hydro rates would increase significantly if we had to bury the wires,” he said.

Friday’s storm claimed at least one life – police in Bromont, Que., 85 kilometres east of Montreal, said a 63-year-old man was killed by a falling tree outside his home.