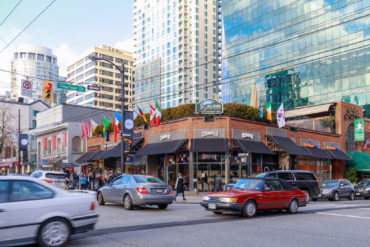 Calls to end a provincial stranglehold on auto insurance are growing as business groups, municipalities and the Insurance Bureau of Canada (IBC) have taken up the cause.

ICBC, on the other hand, is saying the high claims costs the public insurer is experiencing is not particular to any particular business model, private or public.

The British Columbia Chamber of Commerce made the most recent push for ending the Insurance Corporation of British Columbia’s (ICBC) monopoly on the market during its annual general meeting last week in Burnaby. The resolution was co-sponsored by the Richmond and Abbotsford chambers and supported by the Williams Lake, Port Hardy and Kelowna chambers.

IBC issued a statement supporting the provincial group in its call, saying residents deserve the ability to choose when it comes to auto insurance.

“Under ICBC’s monopoly, drivers in BC pay more for auto insurance than anyone else in Canada,” said Aaron Sutherland, IBC’s Pacific vice president.

Drivers in B.C. face the highest average annual premium rates in Canada, averaging $1,680 in 2017, according to data from ICBC and the General Insurance Statistical Agency, as cited by IBC. And that number is set to rise. The corporation expects prices will go up another 25% over the next three years. ICBC raised the basic rate 6.3 on Apr. 1.

At a recent council meeting, the District of Sicamous, a resort town east of Kamloops, passed a resolution to have the Union of B.C. Municipalities, a group that allows smaller communities to collectively voice concerns, work with the province to open up auto insurance competition and lower premiums. The council cited these stats when passing its resolution, while also highlighting that two other provinces with government-owned insurance were paying far less on average – Saskatchewan at $936 and Manitoba at $1,080.

B.C. drivers would save upwards of $325 each year, according to Sutherland. “Competition provides a powerful incentive for any company to deliver the best product at the best price. Auto insurance is no exception to this rule.”

But there are also concerns over opening up the market. In a statement to Canadian Underwriter, Troy Wotherspoon, Insurance Brokers Association of B.C. (IBABC) president, said his group hasn’t seen an option put on the table that is as consumer-friendly as the current ICBC model. Public insurance is available to all British Columbians, he said, but the same can’t be said if private insurers move into the province.

“Furthermore, having mandatory insurance requirements only works when integrating policing with a public system – this has virtually eliminated the number of uninsured drivers on the road and reduced the high costs of uninsured motorist protection,” Wotherspooon added.

As for the ICBC, it acknowledges that there are concerns. But opening up the market won’t be the panacea people are looking for, the corporation said.

“Whether we have a public or private auto insurance system, the same underlying problems of a high number of crashes and claims, and record high claims costs, would still need to be addressed – simply making a change to private insurance would not solve these issues,” ICBC told Canadian Underwriter in an email Tuesday. Ontario and Alberta have also been highlighted by IBC as having “broken” auto insurance systems, featuring high rate increases, the spokesperson added.

“Many reviews of ICBC have come to the same conclusion – the biggest problem is the system in which ICBC operates, and not ICBC itself. That’s why we’re currently undergoing the biggest overhaul in our history, doubling benefits, making rates fairer and reducing the burden of excessive legal costs.”

The IBABC reiterated its support for the corporation.

“ICBC is moving in the right direction with its current reforms and these changes will vastly improve the current model,” Wotherspoon said. “Drivers will now be more accountable for their driving behaviour and the financial burden will shift from good drivers to bad drivers.”