Many insurers and reinsurers are considering or actively transitioning away from insuring fossil fuel companies as pressure mounts from investors and clients over environmental, social and governance (ESG) practices.

“But pressure from end investors isn’t the whole story,” Tom Johansmeyer, head of Property Claim Services (PCS), a Verisk business, wrote in a recent Harvard Business Review blog. “For insurers, pivoting from some fossil fuel classes might just be good business. Some reinsurers are telling us they want to avoid this sort of risk simply because of the loss history.”

The PCS team recently reviewed about 30 years of onshore and offshore large risk losses for the insurance industry — generally insured losses of at least $100 million each — “and the results were stunning,” Johansmeyer said. Global insurers sustained roughly $60 billion in losses from fossil fuel companies during this period, with only another $30 million or so coming from other companies. “With 113 separate losses, it’s easy to question the class of business — and that’s before even considering the dire environmental implications.”

The results weren’t broken down by industry, Johansmeyer added, but PCS did focus extensively on companies directly in the fossil fuel business. “So, companies that may have unfavourable ESG profiles but aren’t directly in fossil fuels (like shipping and transportation) were not included.” 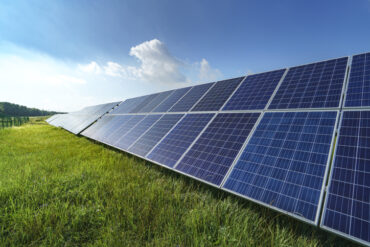 Last year, Lloyd’s of London announced plans to stop selling insurance for some fossil fuel companies by 2030. Some insurers and reinsurers have made the same commitment as Lloyd’s, and others are likely to follow, Johansmeyer wrote on May 27 in How the Insurance Industry Could Bring Down Fossil Fuels.

This tracks with a large trend of the ESG movement that has been gaining momentum in the insurance industry that PCS has observed over the past two years. “Specifically, we’ve noticed a distinct increase in client discussions — and pressure from investors — around ESG and the coverage insurers and reinsurers (who effectively provide insurance to insurers) are willing to offer,” Johansmeyer wrote.

Canada’s largest insurer has also found that investors are increasingly asking about ESG practices and how they are being managed.

“In some cases, when we meet investors, they actually have an ESG expert in the meeting asking specific questions — and some tougher than others,” Louis Marcotte, senior vice president and chief financial officer at Intact Financial Corporation, said during a webinar last November. “And recently, with our proposed acquisition of RSA, some investors were asking what were the ESG considerations that we took into account while looking at the acquisition.”

Johansmeyer said insurers are looking at how to pivot from fossil fuel to renewables, which seems like an intuitive alternative to fossil fuel revenue for insurers. But the renewable energy space would still have to grow considerably to provide a sufficient client base for insurers to tap as a replacement for the fossil fuel sector.

“Renewable energy insurance is currently a very small market, but the speed with which the renewables sector is expanding emphasizes the need to improve analytics and underwriting,” Johansmeyer told Canadian Underwriter. “The sector will soon need a lot more insurance, and the opportunity for our global industry is likely profound. However, it’s a new class of business with little in the way of historical data, and some near-term threats that can complicate the underwriting process.”

The biggest challenge insurers will need to overcome in deploying more capacity to the renewable energy space is data-related. Right now, it’s difficult to provide coverage that directly meets the needs of insureds, mostly as a result of natural risks. For example, when it comes to solar farms in the United States, most are in Texas, California and Florida. But insurance for commercial solar installations may exclude wildfire, hail or tropical storm.

The renewables space could benefit from the same sort of centralized loss data aggregation that is seen in the traditional energy insurance markets (and other sectors, like terrorism, cyber, and marine).

But reducing engagement with the fossil fuel space isn’t going to be as simple as just not writing the business, Johansmeyer cautioned. Existing coverages across most lines of business could have implications for years to come, and simply exiting the business doesn’t help anyone manage the risks already in play.”

Johansmeyer said “it will be interesting to see if insurers engage in any whole-account transfer, legacy or runoff transactions related to large fossil fuel company books — D&O comes to mind, specifically — to remove their fossil fuel business and start fresh.

“Unless they have a destination for those risks, though, a new start won’t be possible,” he said. “Reinsurers would need to be willing to assume that business and manage it through runoff. It could be interesting to see a runoff reinsurance sector emerge that’s focused on assuming legacy fossil fuel company long-tail risks and managing them to completion as a way to help re-insurers closer to the risk move toward cleaner books sooner.”