Continental Casualty Company (CNA Canada) must pay both mandatory and optional accident benefits to an injured pedestrian after a judge set aside the decision of an arbitrator in a priority dispute.

Arbitrator Kenneth Bialkowski concluded in an April 2018 decision that CNA was the priority insurer over Chubb Insurance Company of Canada, reasoning that claimant Peter Ekstein would also take the additional $1 million in optional medical and rehab benefits provided by CNA’s policy. 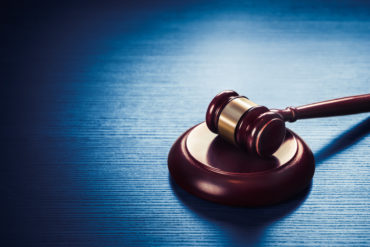 Ekstein was struck and catastrophically injured by a vehicle on July 12, 2015 while jogging. He had a personal auto insurance policy with Chubb Canada, with coverage of up to $1 million in medical and rehabilitation expenses. He was also the owner, president and CEO of a forest products company that had an auto policy with CNA. That policy included optional coverage up to an additional $1 million for medical and rehab expenses, thus doubling the total available coverage to $2 million.

In setting aside the arbitrator’s decision, Judge David Stinson of the Ontario Superior Court of Justice considered the significance of the CNA policy’s OPCF-47 endorsement, which effectively provided that CNA could not rely on the priority of payment rules in s. 268 of the Insurance Act.

“The net result of my finding that Mr. Ekstein was not a ‘deemed named insured’ under the CNA policy would mean that CNA’s legal obligation (under the CNA policy) to pay Mr. Ekstein’s SABS benefits would be at odds with Chubb’s obligations to do so under s. 268(5),” Judge Stinson wrote June 19 in Continental Casualty Company v. Chubb Insurance Company of Canada. “In light of his finding that Mr. Ekstein was a ‘deemed named insured,’ the arbitrator did not address this conflict.”

To address the statutory conflict, Judge Stinson referenced Lee Samis, a well-known arbitrator with particular experience in Ontario’s auto insurance regime. In the 2015 decision Echelon General Insurance Co. v. Cooperators General Insurance Company, Samis stated “nothing in the regulations, statutory provisions or in the approved form of undertaking suggests that the priority rules, as between insurance companies, are altered as a result of the issuance of an OPCF-47. The net result is that the obligation for mandatory benefits ultimately rests with the insurer having the highest ranking under section 268 of the Insurance Act.”

In the arbitration ruling, Bialkwoski found Ekstein was a “deemed named insured” under the CNA policy based on the arbitrator’s analysis of “regular use” provisions of s. 3(7)(f) of SABS. That section says, in effect, that an Ontario driver is deemed to be the named insured if at the time of the accident, “the insured automobile is being made available for the individual’s regular use by a corporation… or other entity.” As such, the named insurer is able to collect accident benefits against the insurer under that policy.

But Judge Stinson said it was unreasonable for the arbitrator to attribute “regular usage” to Ekstein when none existed. Ekstein made no use of any of his company’s vehicles, and the only vehicles he actually drove were expressly insured under his personal Chubb policy.

“The arbitrator failed to consider Mr. Ekstein’s evidence that he never used a company vehicle prior to or at the time of the accident, or that a company vehicle was not being made available to him at the time of the accident,” Judge Stinson wrote. “I conclude that the arbitrator’s decision is unreasonable because he failed to carry out the proper analysis, it is inconsistent with underlying legal principles, and the outcome ignores or cannot be supported by the evidence.”

1 Comment » for Priority dispute over accident benefits hinges on endorsement