“The best way we can incentivize better behaviour on our roads is by rewarding good drivers and by pricing high risk drivers appropriately to give them that financial motivation to pay more attention, to make sure they aren’t doing things like distracted driving,” Aaron Sutherland, vice president of the Insurance Bureau of Canada’s (IBC) Pacific region, said Friday. “My general thought is this is long overdue.” 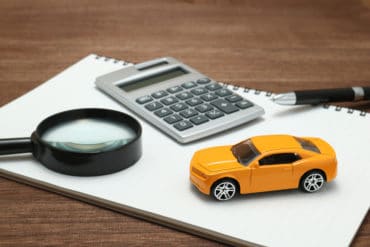 The move towards the fair rate system is how private insurers have been operating for a long time, Sutherland said. “That’s a good thing.”

However, given ICBC’s plan to introduce a rate increase this year and next, even if good drivers will pay less relative to bad drivers, B.C. drivers on the whole will continue to pay more and the most than anywhere else in the country.

Last year, average annual auto premiums in B.C. were $1,680 – more than $200 over the average premium in Ontario, which is Canada’s second-costliest province at $1,445. “That’s the real concern, and that’s the place where competition, a competitive marketplace, can really help,” said Sutherland. IBC believes opening the B.C. auto insurance marketplace to allow private insurers to sell basic auto insurance would save all of the province’s drivers up to $325 annually.

Mike Dakin, compliance manager for InsureBC Group, a group of general insurance brokerages in the province, called ICBC’s approach interesting. “Obviously, they are trying to be fair, fiscally responsible and sustain the model; and then, at the same time, make it easy to understand for people.”

Among the proposed changes:

“We’re supportive of any steps that can be taken to maintain the stability of the model in British Columbia and introduce more fairness and that it’s fiscally responsible and sustainable over a long period of time,” Dakin said. “These are all fairly sustainable, common sense steps that have been taken.”

More News
Related
Making ICBC a co-op one option for B.C., competition must be part of any option selected: taxpayers federation
A researcher’s take on ICBC’s low customer satisfaction scores
How ICBC can cut auto injury claims costs by more than $20 million
Signs of a hardening commercial market

1 Comment » for What private insurers think of changes to B.C. auto insurance model