The latest property insurance market loss estimate for extratropical cyclone Egon, which hit parts of France and Germany in mid-January, has increased to 275 million euros, Zurich-based PERILS reported on Wednesday. 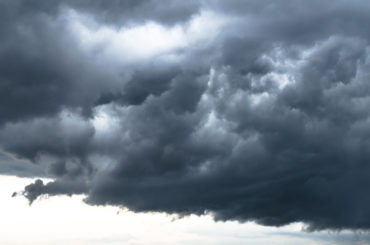 Any third and later estimates from PERILS are provided in full resolution, by specific zone and property sub-lines of residential, commercial, industrial and agricultural.

The cold front associated with windstorm Egon brought with it heavy rain and snowfall that affected Germany and France on Jan. 12 and 13, noted an earlier statement from PERILS, an independent organization that provides industry-wide catastrophe insurance data and whose service covers 16 countries, including Canada.

The low pressure system associated with Egon developed as a “secondary low” from a large depression named Dieter and travelled rapidly in an easterly direction over northern France and Germany. High winds to the south of the system predominantly affected northern and central France, and central and southern Germany.

While most losses were in those two countries, PERILS reported in February, Egon’s effects were also felt to a lesser extent in Austria, Switzerland and the Benelux states.

Ranking as a moderate event – given the market loss estimate – PERILS reports that a loss the size of Egon is expected to occur at least once a year in Europe.

“The market loss footprint for Egon has been produced by collecting detailed loss data from affected insurance companies. The preparation of this data requires considerable work on the part of these companies,” Luzi Hitz, CEO of PERILS, says in the statement.

The footprint – complemented by gust speed values and loss ratios that show the incurred loss as a percentage of the sums insured – can be used by companies to help them “manage their risk exposure to European windstorms,” Hitz continues. 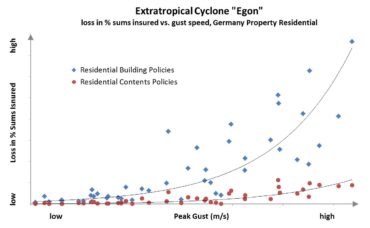 “This kind of damageability information is an essential component of any Cat risk model as it links the physical intensity of events with expected insurance losses,” PERILS points out.

The company expects to release the fourth estimate for Egon – the first European windstorm to exceed PERILS’ reporting threshold of 200 million euros for this peril since Mike-Niklas in March 2015 – on Jan. 12, 2018.