An omnibus bill that proposes to eliminate the tax exemption for insurers covering farming and fishing properties has been referred to a Senate committee. 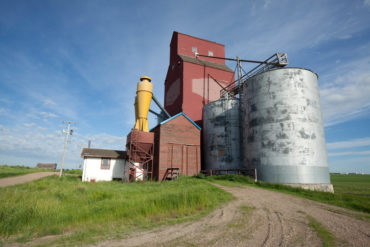 Currently, Section 149 of the federal Income Tax Act stipulates that an insurer is exempt from paying income tax if the insurer covers “property used in farming or fishing or residences of farmers or fishermen.”

That section will be repealed once Bill C-44 – the subject of a Senate committee hearing June 20 – comes into force.

Bill C-44 implements some provisions of the federal budget document tabled March 22. It also proposes to change laws governing systemically important banks and to allow the reporting of some private financial transactions to the Canadian military.

Bill C-44 passed third reading June 12 in the House of Commons and is now before the Standing Senate Committee on Finance.

“With the increased sophistication today of the Canadian financial sector, insurance companies – including mutual companies – are well placed to effectively underwrite farming and fishing risks,” the federal government stated earlier this year in its budget document.

But officials with the Canadian Association of Mutual Insurance Companies think differently.

“We fear that the elimination of the total tax exemption, as proposed under Bill C-44, will have a very negative effect on mutual insurers of farmers and fishers,” CAMIC president Normand Lafrenière told the House of Commons Standing Committee on Finance May 15.

The tax relief provided in the exemption “is passed along to farmers and fishers through lower rates and premium refunds, and it also allows us to tolerate higher loss ratios on farm and fishing risks,” CAMIC chairman Frank Rider told the commons committee, which studied Bill C-44 before the it passed third reading in the Commons June 12.

“The large majority of active food producing family farms and fishing enterprises across Canada continue to be insured by their small mutual insurance company,” Rider added at the time.

Bill C-44, if passed into law, would also amend the 17-year-old Proceeds of Crime (Money Laundering) and Terrorist Financing Act. That law established the Financial Transactions and Reports Analysis Centre of Canada (FINTRAC).

Transfers of $10,000 or more in cash or electronic funds transfer must be reported to FINTRAC, which is intended to detect “unusual patterns of transactions that resemble money laundering or terrorist financing activity.”

Currently, FINTRAC is allowed to share information with the Canadian Security Intelligence Service and the Egmont Group of Financial Intelligence Units, which includes the United States Treasury Department’s Financial Crimes Enforcement Network (FinCEN) and Britain’s National Crime Agency, among others. If Bill C-44 is passed into law, FINTRAC will be allowed to also share information with the Canadian military.

Certain types of entities – including accountants, real estate brokers, developers, life insurers, life insurance agents and banks – are required by law to report certain transactions to FINTRAC. Such transactions include cash and electronic transfers of $10,000 or more, as well as transactions in which “there are reasonable grounds to suspect that a transaction is related to a money laundering or a terrorist financing offence.”

The Senate voted May 8 to authorize its national security and defence committee to consider separately the proposed changes to the FINTRAC reporting rules as well as other proposed legislative changes of Bill C-44.

With Bill C-44, the ruling Liberals propose changes to numerous other federal laws. For example, it proposes to change the Canada Deposit Insurance Corporation Act and the Bank Act to require the nation’s “domestic systemically important banks to develop, submit and maintain resolution plans.” The changes are also intended to “provide the Superintendent of Financial Institutions greater flexibility in setting the requirement for domestic systemically important banks to maintain a minimum capacity to absorb losses.”

The government noted in its budget document in March that Canada has six systemically important banks and none of those six banks could be “wound up under a conventional bankruptcy and liquidation process should they fail without imposing unacceptable costs on the economy.”