A rule requiring disciplinary hearings of Ontario brokers be open to the public is currently included in the province’s budget implementation bill, which has yet to be passed. 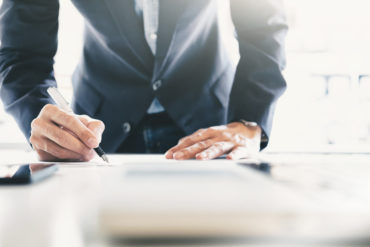 The Registered Insurance Brokers Act currently stipulates that hearings of RIBO’s Discipline Committee be closed to the public, unless the broker under investigation requests an open hearing.

Bill 177, the Stronger, Fairer Ontario (Budget Measures) Act, is currently before the legislature and would change the law governing RIBO.

RIBO’s Discipline Committee consists of four brokers and a member of the public. RIBO says the committee “conducts hearings very similar to that of a court of law” in which evidence is given under oath.

The committee has the power to make findings of fact and of guilt, and to restrict, suspend, fine or revoke a registration, among other options.

Bill 177 proposes other changes to RIBO rules. It would also give RIBO jurisdiction over the conduct of brokers who resigned from RIBO or whose licenses were revoked.

Teresa Armstrong, NDP MPP for London-Fanshaw, is a former broker who spoke to the legislature about the bill on Nov. 28. She expressed concern then that the ruling Liberals want to “rush” passage of the budget bill.

“As I was looking through that [legislation], I thought, ‘Oh, my goodness, they’ve put that in a finance bill,’” Armstrong said of the proposed RIBO rule changes during recent debate. “How does that affect the registered brokers’ association in a financial way? Is the government providing more funds? Are they taking away more funds? What’s happening here? But actually, it’s about jurisdictional conduct over members.”

In their time allocation motion, the ruling Liberals propose to hold one day of public committee hearings Dec. 7 and to require the Standing Committee on Finance and Economic Affairs to send the bill back to the legislature by Dec. 12.

The budget implementation bill has 46 schedules, the majority of which are not related to finance, noted Bill Walker, Progressive Conservative MPP for Bruce-Grey-Owen Sound.