Canada’s aviation regulator is proposing new regulations that would reduce the maximum number of hours that pilots would be allowed to be on flight duty and mandate a “holistic risk management approach” in some cases, to addressing the problem of air crew fatigue. 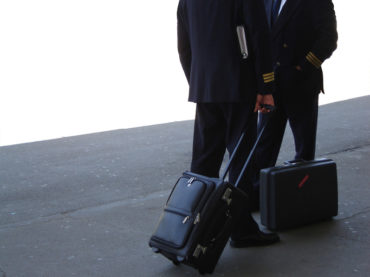 The federal government recently published a regulatory impact analysis statement on proposed amendments to the Canadian Aviation Regulations, with a public comment period until Sept. 29.

“The proposed rules will limit the amount of time a crew member can be on the job, and help operators manage fatigue risk in order to better protect Canadians,” Transport Minister Marc Garneau said in a press release June 30.

Some firms would have the option to “deviate” from some of Transport Canada’s proposed rules “provided they can demonstrate, by way of a safety case, that they can provide at least the same level of safety” as the requirements in the proposed new regulations.

With an FRMS, air operators would “identify and minimize the acute and chronic sources of fatigue and manage the potential risks associated with fatigue,” Transport Canada said. “An FRMS is a holistic risk management approach” in which companies would identify hazards, assess risk, develop mitigation strategies, offer training and education programs, introduce fatigue monitoring systems and “adopt continual improvement processes to reflect changing circumstances,” among others, Transport Canada said.

The FRMS would be an option for certain operators, including those subject to Subpart 705 of the Canadian Aviation Regulations, which “represents about 61% of Canadian commercial airline industry, and it is dominated by Air Canada, Jazz Aviation and WestJet Airlines Ltd.”

Canadian Aviation Regulations currently have a flight duty time limit of 14 hours in a 24-hour period.

“A workday of 14 consecutive hours is considered too long a duty period to maintain performance throughout,” Transport Canada said in its impact analysis statement. “The proposed regulatory amendment would introduce a range of flight duty period from 9 to 13 hours.”

Under current regulations, “after completing a flight duty period,” a pilot is required to “receive a rest period of eight hours plus time for travel, meals, and personal hygiene,” Transport Canada says.