Protection against cheque fraud losses one purpose of Bills of Exchange Act: Banks

If the Supreme Court of Canada restores Friday a 2014 ruling made by the Ontario Superior Court of Justice, Canadian banks would be made “insurers against cheque fraud perpetrated by employees on their employers,” argue two Big 5 Canadian banks who were sued by a company that lost more than $5 million due to cheque fraud by one of its workers. 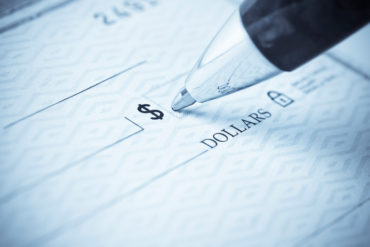 Canada’s highest court announced Monday it is scheduled to release Oct. 27 its decision in Teva Canada Limited v. TD Canada Trust and Bank of Nova Scotia. Teva, a generic drug maker, appealed a Court of Appeal for Ontario ruling in favour of banks that Teva sued under the tort of conversion. In the context of banking, the tort of conversion is when a bank converts a cheque “by dealing with it under the direction of one not authorized, by collecting it and making the proceeds available to someone other than the person rightfully entitled to possession,” Justice Frank Iacobucci of the Supreme Court of Canada wrote in 1996 in a different case, Boma Manufacturing Ltd. v. Canadian Imperial Bank of Commerce, released in 1996.

Court records indicate that more than ten years ago, Teva employee Neil McConachie requisitioned cheques payable from Teva to six entities designated by McConachie. None of the entities were owed money. Two were imaginary and the other four were current or former customers of Teva.

McConachie had authority to requisition but not to sign cheques. Three accounts were opened at the Bank of Nova Scotia and another four opened at TD Canada Trust in the names of some of the payees.

Teva eventually sued the banks under the common-law tort of conversion. The banks used the “fictitious payee defence” under the federal Bills of Exchange Act.

In 2014, Justice Kevin Whitaker of the Ontario Superior Court of Justice ruled in favour of Teva.  That ruling was overturned. In a ruling released Feb. 2, 2016, the Court of Appeal for Ontario found that if TD Canada Trust and Scotiabank can show that the fraudulent cheques were “payable to non-existing or fictitious payees,” then they have a “valid defence” to Teva’s lawsuit. At the time, TD Canada Trust, Scotiabank, the Bank of Montreal and the Canadian Imperial Bank of Commerce were parties in the case.

Teva appealed to the Supreme Court of Canada, which heard the case Feb. 24, 2017. TD and Scotibank are respondents.

Section 20(5) of Canada’s Bills of Exchange Act stipulates that “where the payee is a fictitious or non-existing person, the bill may be treated as payable to bearer,” and this gives banks a statutory defence, under certain circumstances, to lawsuits under the tort of conversion.

The purpose of Section 20(5) of the Bills of Exchange Act “is to protect banks from cheque fraud losses committed at the stage when the cheques are drawn within the drawer’s organization,” TD Canada Trust and Scotiabank wrote in their factum to the Supreme court of Canada. “The section allocates the loss to the drawer where the payee is not a known business entity and/or where there is no legitimate transaction or obligation due to the payee. The loss properly falls to the drawer who is clearly in a superior position to minimize, control and insure against the loss.”

The Canadian Generic Pharmaceutical Association, which has intevenor status in the case, is arguing in favour of Teva. The association suggested in its factum that the approach from the Court of Appeal for Ontario requires courts to “scrutinize companies’ internal cheque-approval on the basis of an ill-defined standard.”

But Scotiabank and TD Canada Trust argued that if the Supreme Court of Canada were to rule in favour of Teva, it would “lead to the absurd result that a drawer could issue cheques contrary to its express policies, without any thought as to whether the payees are real or not, or whether there are real obligations owed to those payees, and then decide later which of those cheques it will honour or dishonour, with the expectation that the losses from the latter would be borne by collecting banks.”

Such an interpretation “is inconsistent with the purpose” of the Bills of Exchange Act and would “incentivize drawers not to institute or follow prudent policies and control procedures for creation of cheques, and unfairly make the banks insurers against cheque fraud perpetrated by employees on their employers in each and every instance,” Scotiabank and TD Canada Trust added.