Province looks for ways to keep track of uninsured drivers

Newfoundland is looking for a way to keep better track of uninsured drivers, including an option that would see licence plates following owners. 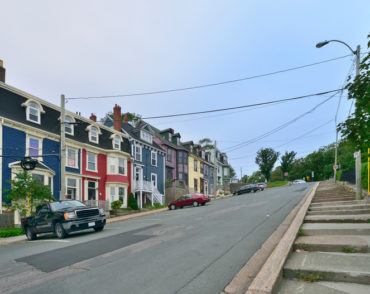 “The government is evaluating the feasibility of reconfiguring the Motor Registration Division’s computer system for this purpose,” Service NL recently told the CBC.

But while the province is looking into the idea, it also isn’t convinced the solution is the only fix required to bring down the province’s skyrocketing auto insurance premiums.

“Service NL has received feedback from the St. John’s Taxi Alliance and the general public advocating for a plate-to-owner model of motor vehicle registration,” a government spokesperson wrote in an email to CBC. “This issue exists in many jurisdictions, including in provinces where the plate-to-owner model is currently in use.

“While advocates for this model have stated that it would reduce the number of drivers operating motor vehicles without a driver’s licence, registration and/or insurance, this issue exists in many jurisdictions, including in provinces where the plate-to-owner model is currently in use.

“This suggests that a multi-faceted approach may be necessary to achieve the desired result.”

Insurers, the Royal Newfoundland Constabulary (RNC), and members of the public have all spoken out recently about the role that uninsured motorists play in escalating auto insurance premiums.

The average auto insurance premium in Newfoundland is reportedly $1,102, compared with an average of $780 in the other Atlantic provinces.

The provincial government has ordered the Public Utilities Board (PUB) to do a major review of auto insurance in the province, to figure out why rates are so much higher in Newfoundland and Labrador than the rest of Atlantic Canada, as reported in The Telegram. The PUB has been asked to come up with recommendations for how to reduce insurance costs, with the aim of enacting legislation in the fall of 2018.

As part of the wider public conversation, Aviva Canada recently published a piece in The Telegram welcoming the government’s review of the province’s auto product. “Aviva currently pays out more to settle claims in Newfoundland than we collect in premium dollars, which is unsustainable,” wrote Gordon Murray, vice president of broker distribution in Atlantic Canada. “The reason I mention this is to point out that there are problems with the system. This isn’t working for you [the public] and it’s not working for us [insurers] either.”

Gordon notes that most Newfoundland drivers are rarely, if ever, making claims, but are nevertheless affected by skyrocketing claims costs in the region, as well as by the escalating number of lawyers involved in the claim.

“Add in the fact that there seems to be a high number of uninsured drivers in Newfoundland, and you, as an honest driver, are paying even more money for their accidents while they break the law,” Gordon says in The Telegram, addressing members of the public.

Driving without insurance is not strictly a regional phenomenon, as noted by ThinkInsure.ca, a full-service independent broker based in Ontario.

More News
Related
What your hospitality clients need to know about their liability limits
Aon supports Alberta’s move to give the green light to ridesharing insurance
Loblaw to keep operating PC Financial home & auto brokerage after ending banking relationship with CIBC
Making ICBC a co-op one option for B.C., competition must be part of any option selected: taxpayers federation