Where provincial drivers crashed an average of 960 times a day

Vehicle crashes in British Columbia hit an all-time high of 350,000 in 2017, the province’s public insurer reported this week.

This equates to about 960 crashes a day – a 25% increase from 2014. “That means one out of 10 drivers could cause a crash this year,” the Insurance Corporation of British Columbia (ICBC) reported Tuesday. 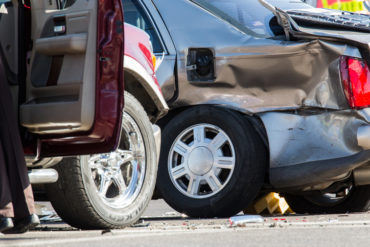 Statistics provided to Canadian Underwriter by ICBC show that crashes reported to the insurer have increased 17 per cent over the past three years, with crash figures breaking the 300,000 figure since 2015:

ICBC has implemented a new claims system, so the way it collects and reports crash and auto crime data has changed, meaning that data from 2013 or earlier may not be directly comparable to 2014 data and onwards. Numbers have been rounded and include incidents that occurred in parking lots or involved parked vehicles.

Lindsay Matthews, ICBC’s interim vice president responsible for road safety, says “not only will safer driving help to reduce crashes, it helps to ensure that customers are paying the lowest possible amount for their premiums.”

Why so many crashes?

Seventy-five per cent of 1,010 respondents admitting to engaging in bad driving habits. Drivers continue to believe that other drivers are worse (60%), and that driving today is harder than it was five years ago (46%). Traffic congestion is the main reason cited for driving being worse, while distracted driving and a lack of respect for driving rules are the most common complaints against other drivers.

“While we address those issues throughout the year, we’re also focusing our attention on all the other drivers – the people who habitually roll through stop signs, or sneak in a left turn when the light’s already red. Those seemingly small offenses are not only illegal, but these bad habits have a hand in contributing to the shockingly large number of crashes we’re seeing in B.C.”

ICBC said the loss of driving knowledge could be contributing to some of the bad behaviours. Two out of five polled drivers admitted there are rules of the road that they’ve likely forgotten. Fifty-one per cent of respondents this year said that they were “very confident” they could pass written and road tests if they had to take them again; that’s down from 61% last year.

“Our results show that drivers are hungry for resources to help them become better drivers,” said Mario Canseco, spokesperson for Insights West. “They recognize that there’s room for improvement when it comes to refining their knowledge and shedding those bad habits behind the wheel.”