The public’s view on minor injury caps in this province

Nearly seven in 10 people polled in Newfoundland and Labrador support a cap on auto insurance payouts for minor injuries, Insurance Bureau of Canada (IBC) revealed in a new study.

This week, IBC released the results of a public opinion poll that found 67% of the 400 polled residents support caps on payouts for minor injuries, such as sprains and strains (over and above what someone would receive for lost wages and medical bills). One-quarter of polled respondents were opposed to the cap, while 6% were unsure how to respond. 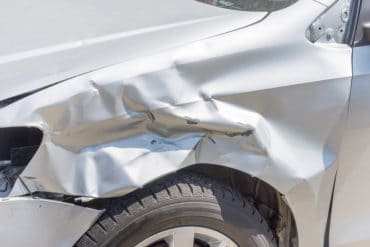 “We were pleasantly surprised… that a lot of people were in agreement with a cost-saving measure in order to stabilize premiums throughout the province,” Amanda Dean, vice president of IBC’s Atlantic region, said in an interview Wednesday.

Newfoundland and Labrador remains the only Atlantic province that does not have a cap on minor injuries. When the province went through its process to make reforms in the early 2000s, Dean explained, they opted for a $2,500 deductible on pain and suffering damages. “Like any good system that is offered by the private sector, but heavily regulated by the public sector, you need to review it every so often,” she said. “Fourteen years is an awfully long time.”

The province’s Public Utilities Board (PUB) is currently holding an auto insurance review. During these public hearings, there has been discussion of the possibility of a minor injury cap, continuing with the current $2,500 deductible or increasing the deductible.

IBC is participating as an intervenor. The hearings are supposed to wrap up at the end of the month, at which time intervening participants will be able to submit a “closing statement.” On Oct. 12, PUB will compile all of the information and send it over to ServiceNL for a decision.

“We hope it won’t take too long, especially given the need of massive reform in this province to be able to offer a more sustainable product for consumers,” Dean said. “Right now, auto insurance is on a bit of an upward trajectory in terms of the cost to offer the product, and of course, that means the cost to consumers is getting higher and higher.”

Despite the ongoing hearings, the survey found limited awareness of auto insurance reform taking place in the province – 47% of those polled reported to have “seen, heard or read about any ongoing reform.”

Respondents are also largely of the opinion that the insurance industry in the province is “profitable,” with nearly six in 10 saying it is “highly profitable.”

Dean said that is a misperception, as it’s a challenging environment for insurers to operate in. “But when you do the calculations or start talking to neighbours who have had claims, it takes a lot of folks paying into that pool in order to cover those claims,” she said. “In Newfoundland and Labrador, that pool’s been exhausted long after the premiums are gone.”