TORONTO – A Canadian class action against opioid makers will start the process of getting certified in a hearing next month, a key test on how courts here will handle a case that is making waves in the U.S.

The upcoming hearing in Quebec comes after this week’s news that Purdue Pharma, the company behind OxyContin, will plead guilty to federal criminal charges in the U.S.

While the company’s pleas won’t directly play into Canadian litigation, lawyers are hopeful that the company’s admissions will help bolster their cases.

Purdue’s Canadian entities are also among the 34 parties in a proposed class action lawsuit in Quebec. Mark Meland, a lawyer at Fishman Flanz Meland Paquin LLP in Montreal who is working on the case, said preliminary hearings begin in November in preparation for an official certification decision early next year. Certification is when a judge greenlights a class action case to go forward in court. 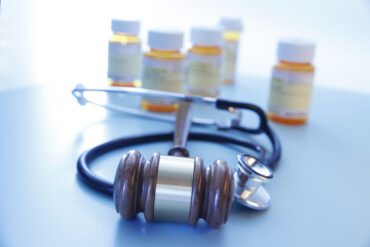 “While the guilty plea in the U.S. does not have a direct impact on the Quebec proceedings, the admissions made by Purdue US of its role in a conspiracy to mislead the public about the risks of using opioids are consistent with the allegations made in the Quebec class action proceedings, and gives credence to the allegations that similar activities would have taken place in Quebec and Canada,” said Meland.

Purdue’s guilty pleas in the U.S. are part of a settlement of more than $8 billion and include charges of conspiracy to defraud the United States and violating federal anti-kickback laws.

Under the U.S. agreement, Purdue will become a public benefit company, meaning it will be governed by a trust that has to balance the trust’s interests against those of the American public and public health, U.S. officials said.

In Canada, provincial officials have pushed for victims here to be similarly compensated by Purdue and other pharmaceutical companies.

There is the Quebec case, which has its preliminary hearing next month. A separate British Columbia lawsuit was launched in August 2018 on behalf of all provincial, territorial and federal governments to recover government health care and other costs of opioid-related illnesses.

Ontario, Alberta, Saskatchewan, Newfoundland and Labrador, and Nova Scotia have agreed to join the suit against 40 manufacturers, wholesalers and distributors of opioids in Canada. Manitoba lawmakers this month put forth a bill to join British Columbia’s suit.

Reidar Mogerman, one of the lead lawyers for the British Columbia-based class action, said that the case is in the process of scheduling its own certification hearing, but he expects the process to be lengthy and hard-fought, as the defendants have raised numerous grounds of opposition.

“The fact that there has been a criminal guilty plea by one of the central opioid manufacturers lends weight and will assist in our case,” said Mogerman of the Purdue announcement.

“It also shows that something really bad has happened in the opioid industry. And it needs to be rectified. It needs to be shown under the spotlight of a court case, because it tells you that this huge crisis that we have may well have been caused by unlawful conduct that needs to be prosecuted or pursued.”

U.S. officials said Purdue is admitting that it impeded the Drug Enforcement Administration by falsely representing that it had maintained an effective program to avoid drug diversion and by reporting misleading information to the agency to boost the company’s manufacturing quotas.

Purdue is also admitting to violating federal anti-kickback laws by paying doctors, through a speaking program, to induce them to write more prescriptions for the company’s opioids and for using electronic health records software to influence the prescription of pain medication.

“Purdue deeply regrets and accepts responsibility for the misconduct detailed by the Department of Justice in the agreed statement of facts,” Steve Miller, who became chairman of the company’s board in 2018, said in a statement.

Purdue’s U.S. agreement, which will be detailed in a bankruptcy court filing in U.S. federal court, comes amid an ongoing criminal investigation into the company’s owners and executives, including the Sackler family.

The bankruptcy has been recognized in the U.S. and Canadian provinces have made claims in that case, Mogerman said. This week’s pleas will impact how claims on the bankruptcy case play out, he said.

Canadian federal public prosecutors have not pursued a parallel criminal investigation to the U.S., Mogerman said. But he said there will be impacts from the U.S. investigation on the civil case, the class action.

“It is further proof that the claims have merit. We say that very similar, if not identical conduct, occurred in Canada. We say that conduct was unlawful. And we say it gave rise to harms that we can collect on in lawsuits,” said Mogerman.

“If a party admits to doing something similar in the United States, and admits that that conduct was criminal, and obviously makes our case, easier to prosecute in Canada. It doesn’t have a direct application in Canada, but it is an admission to facts that are important and relevant in Canada.”

Feature image: Deputy Attorney General Jeffrey A. Rosen holds a news conference to announce the results of the global resolution of criminal and civil investigations with an opioid manufacturer at the Justice Department in Washington, Wednesday, Oct. 21, 2020. (Yuri Gripas/Pool via AP)