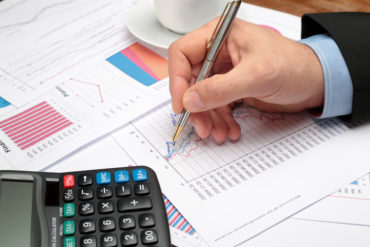 Direct premiums written dropped from $1.04 billion in Q1 2016 to $923.6 million in the most recent quarter, reported Levis, Quebec-based DGIG.

“This drop in premiums was due predominantly to the impact of the conversion of State Farm auto policies from six to 12 months done during the previous year and to rate decreases in Ontario as a result of the Government’s June 1, 2016 auto insurance reform,” DGIG said in a release.

In its first-quarter financial results, Desjardins reported DGIG had a combined ratio of 101.6% in the latest quarter, down slightly from 101.9% in Q1 2016. But the underwriting loss, excluding market yield adjustment, rose from $12.3 million in Q1 2016 to $17.2 million during the first quarter of 2017.

“These results were due to a challenging winter, with damages caused by water and heavy snow in Quebec and a major windstorm in Ontario,” DGIG said. “Losses caused by those difficult weather conditions were partially offset by favorable development on loss reserves from previous years, a portion of which is owed back to State Farm in connection with the acquisition agreement of its Canadian operations.”

On Feb. 16, DGIG’s parent company announced it agreed to sell Western Financial Group and Western Life Assurance to Trimont Financial Ltd. That agreement is subject to regulatory approval and other closing conditions. Trimont and Desjardins said earlier they expect the $775-million deal to close this year. Trimont is a subsidiary of The Wawanesa Mutual Insurance Company.

Western Financial – based in High River, Alta. – was founded in 1996 as Hi-Alta Capital Inc. by Scott Tannas, who is now a senator.

“The original acquisition of WFG by Desjardins was somewhat odd given the disparity in distribution cultures,” Baker wrote in the MSA Quarterly Outlook Report. “True integration never happened and it caused some headaches for the broker community. The sale to Wawanesa made a lot of sense strategically for both companies – though the sticker price was high.”