Q2 combined ratio up 6.5 points for Munich Re

Munich Re reported Tuesday a 6.5-point deterioration in its Q2 combined ratio in property & casualty reinsurance, as the recent wildfires in Northern Alberta and the April earthquakes in Japan were among the natural catastrophes that contributed to the firm’s major loss expenditures of 542 million euros in the three months ending June 30. 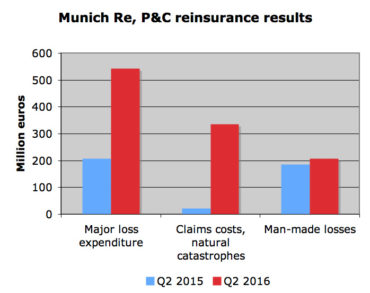 Munich Re anticipates expenditures of “around” 400 million euros as a consequence of the wildfires in Northern Alberta in early May, which resulted in the evacuation of Fort McMurray and surrounding area.

The April 14 earthquakes near Kumamoto, Japan will cost Munich Re around 85 million euros, the reinsurer suggested.

For the first six months of this year, Munich Re reported a major loss expenditure 643 million euros – net of retrocession and before tax – of which 542 million was accounted for in the most recent quarter. 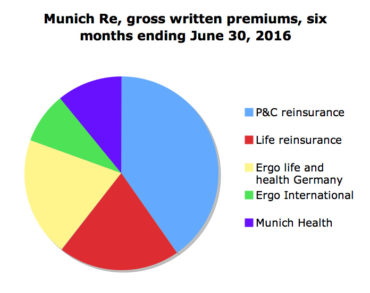 “If exchange rates had remained the same, premium volume would have fallen by 1.4% year on year,” Munich Re stated.