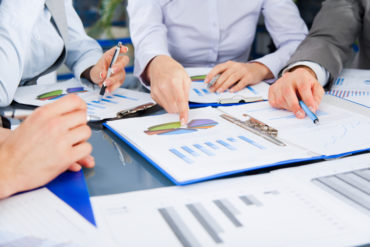 Intact attributed the increase in underwriting income mainly to lower catastrophe losses. In 2016, Intact was affected by the most expensive natural catastrophe so far in Canadian history (when measured by insured losses), which was the set of wildfires that resulted in the evacuation of Fort McMurray, Alberta.

OneBeacon’s operations include New York City-based International Marine Underwriters. Of US$1.1 billion in net premiums written in 2016, OneBeacon reported, in a previous securities filing, that US$344.9 million was from general liability, US$176 million was from ocean and inland marine, US$88.9 million was from commercial multiple peril and auto physical damage and US$54.6 million was from surety. Other OneBeacon coverages include workers compensation in the U.S., professional liability for architects and civil engineers as well as cyber, among others.

On May 2, Intact announced it agreed to acquire OneBeacon – which is based west of Minneapolis in Plymouth, Minn. – for $2.3 billion.

The same day, White Mountains said it intends to “vote its shares” of OneBeacon in favour of Intact acquiring 100% of OneBeacon.

Both White Mountains and OneBeacon are traded on the New York Stock Exchange.

In 2016, about 9% of Intact’s direct premiums written came through BrokerLink, while about 15% came through belairdirect, Intact said earlier this year in its annual report for 2016.

ING Insurance Company of Canada was renamed Intact in 2009 when ING Groep sold its interest in its Canadian subsidiary.

Intact said earlier this year that in 2016, it acquired all of the outstanding shares of InnovAssur assurances, formed through an alliance between between AXA and National Bank of Canada. InnovAssur writes property & casualty insurance through National Bank General Insurance. Intact acquired AXA’s Canadian operations in 2011.

For the first six months of 2017, the combined ratio was 96.6%, up 0.8 points from 95.8% in Q1 2016, “as improved underlying performance was muted by more challenging winter conditions, lower favourable prior year claims development and elevated catastrophe losses.”