A Pointe-Claire, Québec-based online gaming company, whose former chief executive officer is facing insider trading charges, has been ordered to provide its general liability, errors and omissions, and directors’ and officers’ liability insurance policies to shareholders who are suing the firm. 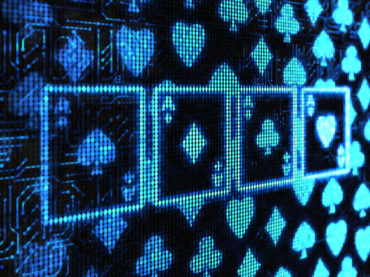 Amaya Inc. – whose operations include the Pokerstars online poker website – was ordered by the Quebec Superior Court to disclose its insurance policies to Pierre Derome and Jacques Lemelin, representative plaintiffs in a shareholders’ class-action lawsuit. On July 22, 2016, Derome and Lemelin filed “a re-amended motion for authorization of a class action and for authorization to bring an action pursuant to Quebec securities law” in the Quebec court, Amaya stated in its management discussion and analysis released this past November.

Amaya must disclose to the plaintiffs “the names and copies of their general liability, errors and omissions, as well as any directors’ and officers’ liability insurance policies that they may have in force relating to this case,” Mr. Justice Babak Barin ordered in his ruling released Jan. 13. “The early disclosure of that information may provide the parties with an opportunity to make informed, sensible and pragmatic decisions concerning the conduct of the proceedings, including perhaps the possibility of amicably resolving the matter in question.”

In March, 2016, Quebec’s Autorité des marchés financiers (AMF) – which regulates financial markets – announced that David Baazov, then Amaya’s chairman and chief executive officer, “is facing five charges, in particular for aiding with trades while in possession of privileged information, influencing or attempting to influence the market price of the securities of Amaya inc., and communicating privileged information.”

The allegations against Baazov have not been proven in court. Baazov has been replaced, as CEO, by Rafael Ashkenazi.

The class action lawsuit – indexed as Derome v. Amaya – was made under a provision in the Quebec Securities Act that lets shareholders sue for misrepresentation in the secondary market.

Amaya – which contends the lawsuit is without merit – said in its MD&A that the “plaintiffs generally allege that throughout the class period the defendants violated certain Canadian securities laws by misrepresenting or failing to disclose (or acquiescing in the same), among other things, that Mr. Baazov was engaged in an insider-trading scheme, in which he provided privileged information to third parties and artificially inflated the price of the Corporation’s securities.”

In their court filings, the plaintiffs also allege that Amaya “did not properly disclose that it had inadequate or ineffective internal controls and that one or more of its directors and Mr. Baazov were in breach of its Code of Business Conduct.”

Amaya argued that the plaintiffs’ request for disclosure of insurance and other documents “is premature and exaggerated,” Justice Barin noted in his Jan. 13, 2017 ruling. “It submits that the request must be denied as it has so been in similar cases in Ontario in the past.”

Plaintiffs suing in Ontario also need to first obtain leave from the court.

“Amaya spent a considerable amount of time in this case pleading Ontario law, and therefore, the Court considers it necessary to offer some passing remarks regarding Amaya’s submissions in that regard,” Justice Barin wrote.

One case cited was the Supreme Court of Canada ruling – indexed as Green v. CIBC – released in December, 2015. That ruling was in three separate class-action shareholders’ lawsuits filed in Ontario. Corporate defendants were the Canadian Imperial Bank of Commerce, Toronto-based electronics vendor Celestica Inc. and motion picture firm IMAX Corporation of Mississauga, Ontario. The Supreme Court of Canada ruled that in order to commence an action for misrepresentation in the secondary securities market, under Ontario’s Securities Act, there must be “a reasonable possibility that the action will be resolved at trial in favour of the plaintiff.”

CIBC had cited a previous Supreme Court of Canada ruling involving Theratechnologies Inc., a pharmaceutical firm facing a class action lawsuit in Quebec. In Theratechnologies, the Supreme Court of Canada “stated that for an action to have a ‘reasonable possibility’ of success” under Quebec securities legislation, “there must be a ‘reasonable or realistic chance that [it] will succeed,'” Madam Justice Suzanne Côté wrote in Green. She added there is “no difference” between section 225.4 of the Quebec Securities Act and Section 138.8 of the Ontario Securities Act of the threshold test.

“While it is true as the Supreme Court in Green puts it, that there is no difference between the languages of section 138.8 OSA and section 225.4, it is also equally the case that, at first blush, sections 138.8(2) and (3) contemplate a different mechanism for a petitioner to satisfy the threshold set out in both statutes,” Justice Barin wrote in Derome v. Amaya.

Section 225.4 of the Quebec Securities Act “simply requires that the request for authorization state the facts giving rise to the action and be accompanied by a ‘projected statement of claim’ to be served on the required parties,” Justice Barin added, whereas Sections 138.8(2) and (3) of the Ontario Securities Act “require a petitioner and a respondent to serve and file one or more affidavits setting forth the material facts upon which each intends to rely and permit the affiant of such affidavit to be examined in accordance with the rules of court.”

Amaya had argued that the “information pertaining to them should only be disclosable when Petitioners are seeking punitive damages against them,” Justice Barin added.

The individual defendants in the class action filed by Derome and Lemelin are current and former directors and officers. In addition to Baazov, defendants are: chief financial officer Daniel Y. Sebag, a board member until June, 2016; Dave Gadhia, interim chairman since March, 2016 and former CEO of Gateway Casinos & Entertainment Limited; Retired United States Army General Wesley Clark, an Amaya board member until June, 2016; and director Harlan W. Goodson, a Sacramento-based lawyer.

In Green, the Supreme Court of Canada upheld a Court of Appeal for Ontario ruling that the shareholders’ class-action lawsuit against CIBC could proceed. Originally, the Ontario Superior Court of Justice ruled that the lawsuit was time-barred.

Despite the ruling that the lawsuit was not time-barred, the Green ruling was still “generally a good development” for directors’ and officers’ liability insurers, Stikeman Elliot lawyer Alan D’Silva told Canadian Underwriter in late 2015. D’Silva represents Insurance Bureau of Canada, which had intervener status in the Green case.

In 2012, the Ontario Superior Court of Justice interpreted the Ontario Securities Act has having a “relatively low threshold according to which leave will be denied only if, ‘having considered all the evidence adduced by the parties and having regard to the limitations of the motions process, the plaintiffs’ case is so weak or has been so successfully rebutted by the defendant, that it has no reasonable possibility of success,'” Justice Côté wrote.

But the “reasonable possibility of success threshold test articulated by this Court in Theratechnologies applies to a motion for leave under s. 138.8 of the OSA,” wrote Andromache Karakatsanis on behalf of herself, Mr. Justice Michael Moldaver and Mr. Justice Clément Gascon.