REGINA – Heavy rain and snow have delayed harvest in Saskatchewan, but Agriculture Minister Lyle Stewart is sounding optimistic that farmers will be able to get the crop off the field. 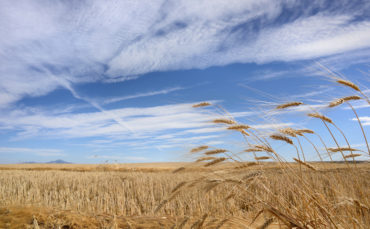 Saskatchewan Agriculture says many areas reported at least 25 millimetres of rain before 10 to 15 centimetres of snow started falling in a weather system that started Oct. 2 and continued until Monday.

Saskatchewan Agriculture is reporting that 81 per cent of the crop is combined, down from the five-year average of 93 per cent for this time of year.

Stewart says more of the crop was still on the field in November 2009 until good weather helped complete that harvest.

The agriculture minister also notes that Statistics Canada is predicting the second-largest crop in history this year.

Western Canadian farmers harvested a record 76 million tonnes of grain in 2013 – 50 per cent higher than average.

The agency also said lentil production is expected to reach a record high in 2016, as farmers estimate output to increase 36.3 per cent from a year earlier to 3.2 million tonnes.

The majority of national lentil production takes place in Saskatchewan.