Destructive ransomware, alternative crypto-currencies and increased use of deception tactics are among the threats driving the lucrative cybercriminal marketplace, the security branch of professional services company Accenture said in a recent report. 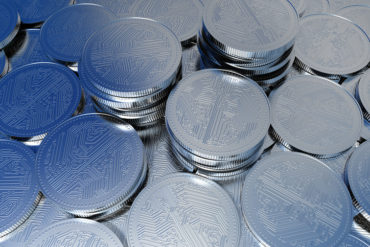 “The first six months of 2017 have seen an evolution of ransomware producing more viral variants unleashed by potential state-sponsored actors and cybercriminals,” said Josh Ray, managing director at Accenture Security, in a press release last week. “Our findings confirm that a new bar has been set for cybersecurity teams across all industries to defend their assets in the coming months.”

On July 25, iDefense, part of Accenture Security, released its 2017 Cyber Threatscape Report, which examined the key cyber trends during the first half of 2017 and explored how cyber incidents may evolve over the next six months. “Based on in-depth analysis, the report anticipates a growth in the number of threat actors who are rapidly expanding their capabilities due to factors such as the proliferation of affordable, customizable and accessible tools and exploits,” the release said.

The report relies on iDefense intelligence collection, research and analysis, including research using primary and secondary open-source materials. It covers the increased prevalence of destructive attacks and adversary denial and deception tactics; the aggressive use of information operations by nation-states; growth in the numbers and diversity of threat actors; as well as the greater availability of exploits, tools, encryption and anonymous payment systems available to malicious actors.

Among the report’s findings are the following:

The report referenced the WannaCry and Petya malware outbreaks that wreaked havoc against worldwide businesses, governments and non-profit institutions in mid-2017. “WannaCry (linked to North Korea by defense agencies in the United States and United Kingdom) and Petya (with reported links to sources in Russia) are examples of a new strain of high-profile, global-scale, debilitating attacks, that appear to be government-sponsored and aimed at creating chaos and achieving strategic geopolitical goals,” the report explained. “Meanwhile, governments struggle to find an acceptable and proportionate response and deterrence actions, as more of what appear to be state-sponsored hackers use tools and techniques traditionally used by financially motivated cyber-criminals, complicating attribution and assessments of motive.”