A large ransomware cyberattack has “crippled” computer systems at hospitals across the United Kingdom on Friday, with appointments cancelled, phone lines down and patients turned away, the Associated Press has reported. 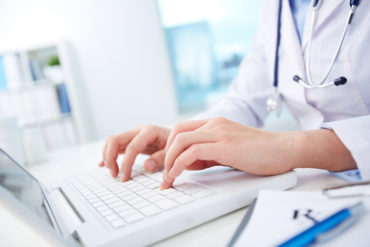 Britain’s National Health Service (NHS) said that a number of organizations have reported to NHS Digital – which oversees hospital cybersecurity – that they have been affected by a ransomware attack. “The investigation is at an early stage, but we believe the malware variant is Wanna Decryptor,” NHS Digital said in a media release. “The attack was not specifically targeted at the NHS and is affecting organizations from across a range of sectors. At this stage, we do not have any evidence that patient data has been accessed.”

Spain, meanwhile, said several Spanish companies have been targeted in a ransomware cyberattack that affected the Windows operating system of employees’ computers. Associated Press reported that the companies targeted were not identified, but telecommunications company Telefonica said it detected a “cybersecurity incident” that affected computers of some employees.

Tom Harvey, senior product manager for the RMS Cyber Accumulation Management System, said in a statement on Friday that it’s very early in this story to comment with certainty, as experts will still be attempting to understand the complexity of the actual cyberattack before insurers can begin to assess the implications for them. “But extortion attacks have been on the increase over the past year,” he said.

“Attackers are increasing their ambitions for ransomware operations,” Harvey continued. “They have discovered that healthcare providers have paid cyber ransoms in the past – in the U.S. and Germany, for example, where hospital data and IT systems were locked.”

Hackers “repeat exercises they regard as a success,” he said, noting that software to carry out ransomware attacks is increasingly sophisticated and available as a commodity though the Dark Web. “In addition, cryptocurrencies such as Bitcoin, which is reported to have been used in this latest ransom demand, allow criminals to monetize cyber extortion with little risk of being caught.”