WINNIPEG – Manitoba flood officials say the Red River has crested in the provincial capital but water levels remain high in other parts of the province. 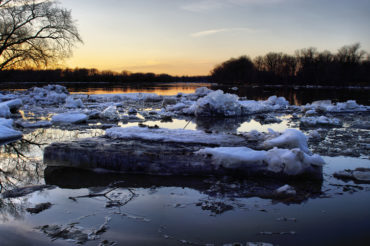 The latest flood bulletin says the Red River reached its peak Tuesday but water levels in Winnipeg were much lower thanks to the floodway which diverts water around the city.

A flood watch has been issued west of Winnipeg – from Portage La Prairie to Headingley – because of high water and ice on the Assiniboine River.

Related: Volunteers in Manitoba town scramble to halt flooding from nearby river

Officials say overland flooding is continuing across southern Manitoba because of ice jams, which are hard to predict or control.

The province says the snow has melted in much of the south but remains in the west and north.

Forecasters have said soil moisture is very high following a wet fall, and river and lake levels are above normal in some areas.