Restricting lawsuits to only the most serious auto accident cases is one reform provincial governments in private auto insurance sectors should adopt to improve the cost and value of auto insurance, says financial management consultant David Marshall.

Marshall is a well-known auto insurance expert who has served as a senior advisor to the Ontario government and authored the 2017 report Fair Benefits Fairly Delivered. He is the author of a new report from the C.D. Howe Institute. In Time for a Tune-up: Reforms to Private-Sector Auto Insurance Could Lower Costs and Add Value for Consumers, Marshall issues seven recommendations, one of which is to restrict lawsuits to only the most serious cases.

Another is to reduce regulatory burden to allow private sector auto insurers to compete on innovation, price and value.

“My report recommends a generous no-fault medical entitlement and a substantial award for seriously or catastrophically injured victims,” Marshall tells Canadian Underwriter. “In place, victims should only be able to sue if they are seriously injured and the at-fault driver is found guilty of gross negligence or a criminal offence.”

Marshall says with a generous no-fault medical entitlement, and generous compensation for catastrophically injured people, “you really don’t need lawsuits. And so, they should be restricted.”

Even today, various provinces have restrictions on lawsuits, Marshall points out. For example, in Ontario, a claimant must meet a verbal threshold of permanent serious disfigurement or impairment before they can file a claim for medical expenses in excess of the no-fault entitlement for pain and suffering. As well, the likely damage award must exceed a certain dollar amount. 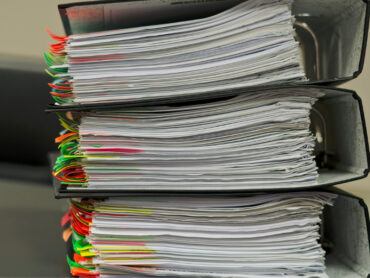 “Lawsuits is just not the right way to go in medical coverage,” Marshall says. “They contribute to huge extra costs and very questionable benefits in the end.”

Regarding reducing regulatory burden, Marshall suggests government regulation should be principles-based. He notes Ontario’s regulator is moving in this direction.

“Today regulators control how much an insurer can charge for premiums, how many districts insurers can use to divide the province into risk zones for pricing, the forms to be used in filing claims, and many other details,” Marshall says.

“Instead, regulators could monitor the level of applicants that need to make use of the last resort [Facility Association] to obtain insurance to see if insurers are unfairly rejecting applicants,” he says. “They could monitor the type and level of appeals to the independent appeals commission in the province to see whether certain players are acting in unfair ways.”

Regulators could also look at overall competition in the marketplace to see if there are barriers for new entrants. “How many big insurers from the U.S. have moved up here?” Marshall asks. “Very few. The reason is there’s too much regulation. And that’s something that the regulators should be worried about, because one of the ways of ensuring good value is that there’s good competition in the market.”

Regulators could also compare claims costs or fraud across provinces or look at unfair practices by auto manufacturers that increase the cost of auto repairs. “There are many macro indicators that regulators could monitor and advise government of ways to improve the system rather than enforcing detailed regulations,” Marshall says.

“If you ask the private sector to deliver, you should let them deliver.”

Looking forward, Marshall says he’d like to study the issue of regulatory oversight. “I’ve mentioned that [regulation] is excessive and given some examples,” he says. “In my report, I cite some work that has been done in the [United States] but I think a deeper study in Canada would be beneficial.”