A reduction two years ago, in Ontario’s prejudgment interest rate for pain and suffering damages awarded in auto bodily injury lawsuits, was intended to apply to lawsuits arising from vehicle collisions before 2015 if they go to trial after Bill 15 took effect, the Court of Appeal for Ontario has ruled. 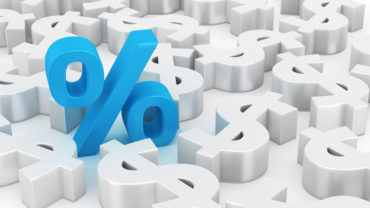 Bill 15 – the Fighting Fraud and Reducing Automobile Insurance Rates Act – was passed into law in 2014 in Ontario. The omnibus bill had several measures intended to reduce auto claims costs.

One was “to align the prejudgment interest rate for non-pecuniary loss, also called pain and suffering damages, for individuals injured in a motor vehicle collision to reflect market conditions,” Liberal MPP Laura Albanese, then parliamentary assistant to the finance minister, told the legislature in 2014 during debate on Bill 15.

Section 127(1) of the Courts of Justice Act “defines ‘prejudgment interest rate’ as the bank rate at the end of the first day of the last month of the quarter preceding the quarter in which the proceeding was commenced,” wrote Justice Jean MacFarland of the Court of Appeal for Ontario in a ruling released Sept. 19, 2017. “However, s. 128(2) creates an exception from this default rate of prejudgment interest for damages for non-pecuniary loss arising from personal injuries.”

The change with Bill 15 “came into force on January 1, 2015, and which reduced the default rate of prejudgment interest for non-pecuniary losses for bodily injury or death from five percent to the bank rate at the time the proceeding was commenced,” Justice MacFarland added. The appeal was in Cobb v. Long Estate, which arose from a motor vehicle collision in 2008 and went to trial in 2015.

“The 5%-per-year prejudgment interest rate for damages for non-pecuniary loss in a personal injury action increases the cost of bodily injury claims in the auto insurance system, which drives up costs for all consumers,” Albanese said in 2014 during a debate on Bill 15.

Martin Long and Wade Cobb were driving vehicles which collided in 2008. Wade Cobb was injured. The other passengers in the vehicle had “relatively minor claims for compensation” under the Family Law Act.

Long pled guilty to operating a motor vehicle while impaired. Long died before the lawsuit commenced. In 2009, the Cobbs sued Long’s estate. In a ruling released in 2015, a jury awarded the plaintiffs $220,000 in compensatory damages. After several deductions, the Ontario Superior Court of Justice trial judge calculated a final judgment amount of $34,000.

Among Cobb’s arguments on appeal was that the change to the prejudgment interest rate for personal injury actions, brought in with Bill 15, “should not apply retrospectively to a collision that occurred in 2008.”

The Court of Appeal for Ontario disagreed. The reduction “was intended to have retrospective effect and it applies to all actions that are tried after its commencement,” Justice MacFarland wrote.

“The expressed goal” of the ruling Liberals, with Bill 15, “was to bring down the cost of claims to achieve a reduction in automobile insurance rates within a two-year window and the adjustment of the prejudgment interest rate was one part of that strategy,” Justice MacFarland wrote in explaining how that could apply to an accident that occurred in 2008. She was alluding to a different Ontario law, passed in 2013, that established an “industry-wide target reduction” by 15% of the “average of the authorized rates that may be charged by insurers” for private passenger auto, with a two-year target.

Concurring with Justice MacFarland’s ruling against the Cobbs were judges David Doherty and Paul Rouleau.

The result in the appeal, however, did not actually change the prejudgment interest rate – of 3% – determined by the trial judge. In his ruling in 2015, Justice Douglas Belch “did not determine” whether the change brought in with Bill 15, to the default rate of prejudgment interest for non-pecuniary losses for bodily injury, applied retrospectively, Justice MarFaland noted.

“Instead, the trial judge exercised his discretion pursuant to s. 130 of the Courts of Justice Act” and set the prejudgment interest rate at 3%. Although the bank rate at the time that Cobb’s lawsuit was commenced was 0.5%, Justice Belch, in finding the prejudgment interest rate in Cobb’s case was 3%, was using “the discretion available to him,” the Court of Appeal ruled.

The Court of Appeal for Ontario allowed the defendant’s appeal, reducing the amount of the judgment to $22,136.60 and ordering each party to bear its own costs.

The Court of Appeal for Ontario ruled in favour of the defendants on the award of future housekeeping.

The jury awarded the plaintiffs a total of $15,000 for all past and future housekeeping. Cobb had received $9,150 from his SABs insurer for those benefits at the trial.

The Court of Appeal reversed the latter finding, reducing the damages award for future housekeeping by a further $4,150.

The Court of Appeal upheld the trial judge’s decision to reduce the jury award for past loss income and future loss of income to zero. The jury had awarded Cobb $150,000, but the judge then deducted that $159,300 that Cobb received before trial in from accident benefits for income replacement.

The Court of Appeal for Ontario also ruled against the plaintiffs in ruling that the trial judge did not err in refusing to put the question of punitive damages to the jury.