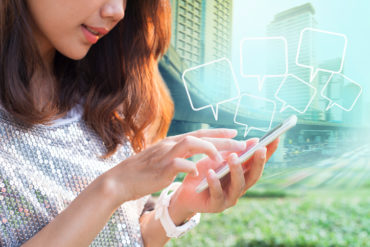 Fine-tuning the referral process is a simple, often overlooked method for brokers to grow their business, Tom Reikman said in an interview.

“There are different elements to attract new business,” he said. “I use an example that has shown itself to be [effective] time and time again, and that is referrals. A lot of times, it’s something as simple as asking to be referred or having yourself referred to another client’s friends or family.

“A lot of brokers are uncomfortable asking for that, or to say [to an existing client], ‘If you are happy with my service, I would appreciate it if you were able to refer me.’ But it’s a big area.”

Harvard Business Review conducted a study in June 2011 that showed how a customer referral program can “strikingly profitable.”

“We studied 10,000 accounts in a large German bank over a period of three years, and found that customers obtained through referrals are both more loyal and more valuable than other customers,” the study’s authors, Philipp Schmitt, Bernd Skiera and Christophe Van den Bulte, wrote. “After controlling for such factors as age and gender, we calculated that referred customers are, on average, about 18% more likely than others to stay with the bank. We also projected that they generate 16% more in profits (amounting to €40 each). Thus, the bank earns a return of about 60% on its €25 referral reward.”

Brokers in the Canadian P&C space have made great gains by capitalizing on referrals in the social media space, Reikman observes. For example, a broker who offered great service to a client could follow up on a post to 30 or more friends on the referring person’s Facebook page, for example, or through followers on a Twitter account.

But brokers seeking to benefit from social media referrals will need to structure themselves to get into that segment, Reikman cautions.

“You can see brokers are leveraging the whole social media outlet of the marketing strategy and saying, ‘Hey, we need to be able to jump in there,’” he says. “At the same time, if you are going to play in that space, you also have to be resourced to play that space. You can’t respond three days later to somebody when they fire out a Twitter comment or ask something on Facebook. You want people to know you got right back to them.”