In a clear conflict of interest case, the Insurance Council of B.C. has allowed an insurance adjuster who co-owns an adjusting firm with his wife to double as a minority owner in a moving and storage company that sells its services to insurers. 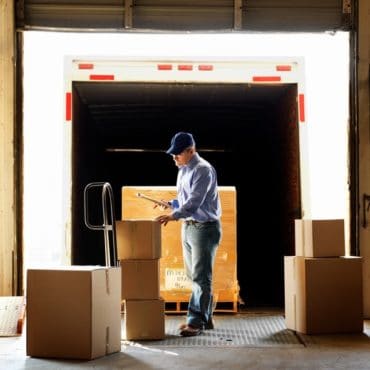 The business model of the moving company, Action Contents Inc., is to provide professional moving and storage services to policyholders at a reasonable cost in circumstances when restoration is not required.

Council found there was an “obvious” potential for a conflict of interest in this situation (the adjuster agreed). But it found the potential conflict could be addressed by means of eight different licensing restrictions, including through mandatory written disclosure agreements signed by both insurers and policyholders.

“The council’s Conflict of Interest Guidelines specifically recognize who may be adversely affected by an insurance adjuster having an interest in a business (other than the adjusting firm) that may be involved in an insurance claim,” the Insurance Council of B.C. ruled in its decision last month. “The guidelines provide that where an insurance adjuster has an interest in a business that may be recommended to a client as a result of a loss or claim, the insured and the insurance company should be advised of this interest at the time of the recommendation.

“Provided that a proper disclosure is given to the insured and the insurer and with other conditions on licence, the Hearing Committee is of the view that the potential conflict of interest will not adversely affect insureds or insurers in the specific matter before it and will not cause harm to the public in general.”

Moreover, the council found, “proper disclosure of an insurance adjuster’s interest in a moving and storage company recommended to a client may well provide greater incentive on the part of the adjuster and the moving and storage company to be competitive in pricing and be responsible for any loss or damage, again to the benefit of the insured, the insurer and the general public.”

Jason George Mathew Harris has been a licensed insurance adjuster in B.C. since 2006. He and his spouse each own a 50 per cent share in their adjusting firm, All Perils Claims Inc., which was founded in 2011.  Harris is also a 49 per cent owner of Action Contents Inc., which incorporated in August 2016.

Harris told council his role with the moving company, Action Contents, is to solicit business from insurers. The co-owner of Action Contents, Mark Hirschi, who owns 51 per cent of the company, has a background in moving and storage and does not hold an insurance license. Hirschi’s role at Action is to manage all aspects of the business other than the marketing/business development role assumed by Harris.

Additionally, Harris told council that he did notify insurers and policyholders verbally about the conflict up-front; the moving company services would not be engaged unless the insurer agreed and the insured homeowner had the final say.

Council initially investigated the arrangement for a potential conflict of interest and prepared an interim order that Harris appealed. On appeal, council found that licensing restrictions would suitably address the conflict, as long as the disclosure occurred in a written format (council and Harris mutually agreed on the wording of the disclosure agreement to be sent out to all insurers and insureds with whom the moving company sought business relationships). Other licensing restrictions included:

More News
Related
Insurance lawyer explains how Ontario court ruling affects vehicle owners who ‘hand out their car like candy’
Court upholds fake gun exclusion, but not because they are illegal
Wind, hail storms in Texas contribute to $318m in Q1 catastrophe losses for Travelers
Aviva plc reports 9.5% increase in rejected claims due to fraud