Regulator allows Co-operators to use credit score for rating auto

“The company proposed a new rating variable, Insurance Score, based on credit information obtained with the client’s consent,” the Nova Scotia Utility and Review Board noted in its decision to approve the Insurance Score, released Feb. 5. “Co-operators proposed differentials for this variable that would apply to bodily injury, property damage-tort, direct compensation property damage (DCPD), accident benefits, collision, comprehensive, and specified perils. Co-operators off-balanced the expected impact of the proposed rating variable to make it revenue neutral.”

The “off-balancing,” the regulator notes, will have the impact of “significant increases to base rates for some coverages,” even though Co-operators adjusted its proposed differentials to produce lower discounts than indicated in its actuarial analysis.

“This is similar to other cases where the use of credit information has been allowed and, although it tends to shift premiums from clients with the better credit ratings to clients with poorer ones, this is a result of an actuarial analysis that showed credit ratings can have a significant impact on Co-operators’ loss costs,” the Nova Scotia regulator wrote upon approving the use of the Insurance Score.

The Nova Scotia regulator noted that there is no specific provision in the province’s rules or regulations that preclude the insurers’ use of credit scoring for pricing auto insurance. The regulator’s decision also acknowledges the reality that once some insurers start using credit scores in the province, others will want to follow suit. 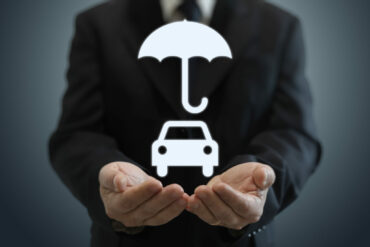 “Co-operators…noted several competitors had introduced credit information in their rating algorithms, and said it wanted to avoid being put at a competitive disadvantage,” the regulator observed in its decision.

“The company said individuals with poorer credit might decide to insure with Co-operators, while better credit risks, who should have lower claims experience, might seek out insurers who use credit information to offer discounts. Co-operators said if it attracted more of the poorer risks, its claims experience could deteriorate.”

Credit scoring has been a controversial method of rating risk. In some Canadian jurisdictions, the practice is banned for the purpose of determining auto insurance rates.

Insurers generally argue that there is a statistical correlation between clients who have good credit scores and those who are less likely to make an insurance claim. Some have argued that those who exercise care with their credit are also more likely to exercise care about looking after their property, maintaining their property in a state of good repair, etc.

Brokers, on the other hand, have historically called for bans on credit scoring, arguing that the rating process is not transparent to consumers. They have also expressed concern about insurers using credit scores in a discriminatory fashion — for example, offering auto insurance only to those in a certain tier of income, or if the person has a job, or denying a quote if the consumer does not consent to the use of a credit score.

Since then, the Insurance Bureau of Canada created a voluntary code of ethics around credit score use. The Nova Scotia regulator noted that Co-operators agreed to abide by IBC’s code of conduct.

In particular, the regulator noted that Co-operators would: