Reinsurers ‘more willing’ to decline participation where demands from cedents are too great: Guy Carpenter 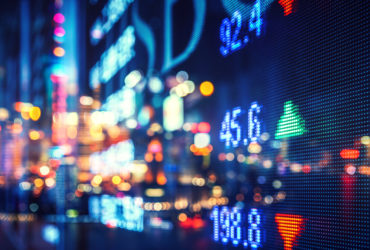 “From a buying perspective, while recent years have been characterized by double-digit rate reductions and continual pressure on terms and conditions, there are now clear signs that reinsurers are more willing to stand firm in the face of aggressive buying tactics,” stated Guy Carpenter – a subsidiary of Marsh & McLennan Companies Inc. that places reinsurance – in an article titled “Reinsurers Standing Firm As Insurers Look To Consolidate.”

“The mid-year U.S. renewals experienced a notable moderation in property price decreases, with falls in risk-adjusted rates in the mid- to low-single digit range, as well as a reduction in capacity authorization,” Klein added. “Reinsurers, particularly on the catastrophe side, were more willing to reduce or even decline participation where they deemed buyer demands too great.”

“Broadly speaking rated balance sheets are currently well-capitalized and capable of withstanding various stress scenarios,” A.M. Best stated in its review released Sept. 5. “However, over time, this strength may be eroded for some carriers as earnings come under increased pressure, favourable reserve development wanes, earnings grow more volatile, and the ability to earn back losses following events is prolonged by the instantaneous inflow of alternative capacity. All of these issues reflect increased concern that underwriting discipline has diminished as companies look to protect market share at the expense of profitability.”

The profitability of reinsurers in the index “remains heavily reliant on substantial reserve releases,” Willis Towers Watson noted, adding that net income figures reflect a change of composition of the index.

During the first six months, member firms of the Willis Reinsurance Index returned a combined total of US$10.6 billion in 2016 through share buybacks and dividends, down from $15.6 billion in 2015.

That decrease was “attributable to a one-off intragroup dividend” paid by National Indemnity to its parent company, Berkshire Hathaway.

For multi-year policies, there was a decline in the amount of coverage reinsurers were willing to provide, particularly for new offerings, as perceptions increase that the market is nearing the bottom and prices will stabilize in the near future,” Guy Carpenter’s Klein stated in the Sept. 9 article. “There simply isn’t a willingness to lock in current rates for a number of years.”