In a case arising from an injury on an all-terrain vehicle, an Ontario court recently ruled on the interrelationship between the Statutory Accident Benefits Schedule (SABS) and the system of determining priority disputes, between auto insurers, under the province’s Insurance Act. 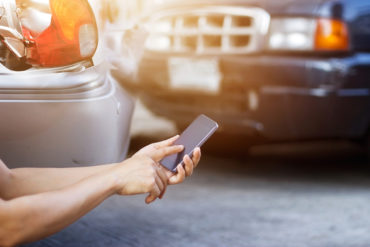 A woman who had an auto insurance policy with Unifund Assurance Company was injured, in October, 2012, while operating an all-terrain vehicle owned by her boyfriend. That ATV was insured under an OEF 32 Recreational Vehicle Endorsement on an auto policy written by Security National Insurance Company.

The claimant was receiving accident benefits under her Unifund policy. That policy “did not include a definition of ‘automobile’ that expressly encompassed recreational vehicles generally or ATVs in particular,” wrote Madam Justice Wendy Matheson, of the Ontario Superior Court of Justice, in a ruling released Nov. 3.

In 2015, Security National had given Unifund notice that it intended to seek arbitration, through the Financial Services Commission of Ontario (FSCO), “to determine which insurer is responsible for the payment of benefits to the claimant,” Judge Matheson added.

Since April 1, 2016, disputes over SABS coverage have been handled by arbitrators with the Licence Appeal Tribunal, which has limited avenues of appeal to the Divisional Court of Ontario.

In Unifund v. Security National, a preliminary hearing was conducted in 2015 to determine whether the ATV incident was an “accident” as defined by SABS and whether the claimant had “access to the priority scheme” in the Insurance Act.

The “overriding public policy” of that system “is to provide timely delivery of benefits to all persons injured in car accidents in Ontario, despite the inconvenience to insurance companies who must provide benefits immediately and seek reimbursement from the correct insurance company later,” wrote Mr. Justice Russell Juriansz, of the Court of Appeal for Ontario, in Chubb v. Zurich in 2014.

On Dec. 9, 2015, FSCO released a decision, in Unifund v. Security National, by arbitrator Kenneth J. Baikowski, who “ruled that the claimant had access to the priority provisions” of Section 268(2) of the Ontario Insurance Act, Justice Matheson noted.

Issues on appeal include “the interrelationship between the SABS, that definition, and the statutory scheme for the determination of priority disputes under the Insurance Act.”

In a 2007 ruling, in Kingsway v. the Ontario Minister of Finance, the Court of Appeal for Ontario noted that “as long as there is some nexus – some connection – between the insurer receiving an application for benefits and the insured, the insurer must pay pending the determination of its obligation to do so.”

Zurich had written an auto insurance policy on a rental vehicle involved in an accident in 2006. The claimant who rented the vehicle was offered and declined an optional accidental death and dismemberment policy written by Chubb. Despite this, the claimant submitted her accident benefits claim to Chubb, which argued it was not subject to the priority dispute mechanism because it was not a motor vehicle policy. Zurich had administered the claim on a without prejudice basis but argued before a FSCO arbitrator that Chubb ought to have administered the claim first. The arbitrator’s ruling against Zurich was overturned by the Ontario Superior Court of Justice, restored by the Court of Appeal for Ontario and then overturned by the Supreme Court of Canada.

The public policy objective of the Insurance Act, as it applies to SABS, “would be seriously eroded by allowing an insurance company that writes motor vehicle liability policies in Ontario to argue, in a case in which the nexus test is satisfied, that it is a ‘non-motor vehicle liability insurer,'” Justice Juriansz wrote in 2014 in Chubb v. Zurich.

The “nexus” test essentially means that as long as there is “some connection between the insurer receiving an application for benefits and the insured, the insurer must pay pending the determination of its obligation to do so,” wrote  Mr. Justice John Laskin of the Court of Appeal for Ontario, in 2007, Kingsway v. the Ontario Ministry of Finance.

In the nexus test, “the connection must not be arbitrary to establish a nexus,” Mr. Justice Robert Goldstein of the Ontario Superior Court of Justice wrote, in 2012, in Chubb v. Zurich. “The connection may well be very remote.  Remoteness vs. arbitrariness is also consistent with the twin policy objectives of providing benefits now and paying later, and of encouraging certainty and predictability in the dispute resolution system. Insurers should be encouraged to pay benefits immediately to victims and then determine, through the dispute settlement mechanism, which of them bears the ultimate cost.”

In Unifund v. Zurich, Justice Matheson noted that in 2015, the FSCO arbitrator’s decision “was essentially to import the coverage for ATVs” from the owner’s policy with Security National into the injured woman’s policy with Unifund.

“This is contrary to the required statutory regime, and not reasonable,” Justice Matheson wrote.  “In this case, the requirement that there was an automobile involved in the accident was not met in relation to the appellant’s policy.  This lack of coverage is not altered by the terms of an entirely different insurance policy.”

1 Comment » for Requirement to cover auto accident benefits is “policy-specific” in Ontario: Court