Research on earthquakes, tsunamis and climate change to benefit from federal investment of $46.6 million to Ocean Networks Canada

The federal government has provided a five-year $46.6 million investment to the University of Victoria’s (UVic) Ocean Networks Canada (ONC) to support its continued research and development. 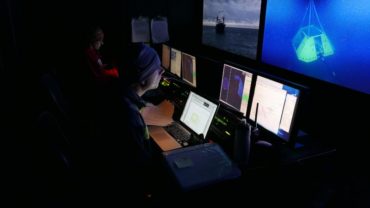 ONC pioneers ocean observatories that stream live data 24/7 to researchers across Canada and across the world to study everything from ocean change and fish abundance to plate tectonics and tsunamis, deep-sea ecosystems and ocean engineering, ONC explained in a press release on Monday.

“The long-term observations being collected by ONC instruments have wide-ranging policy applications in areas such as ocean and climate change, earthquakes and tsunamis, pollution, port security and shipping, hazard mitigation, renewable resource assessment, sovereignty and security and ocean management,” ONC said in the release. Recent accomplishments include community observatories across the coast of British Columbia, earthquake early warning sensors in the deep sea and the first 24/7 subsea instrument platform in the Arctic.

Uvic president Jamie Cassels said that the federal government funding – through the Canada Foundation for Innovation – will “support ONC’s ongoing transformation of ocean science and its applications to public policy, economic development, environmental stewardship and public education – for the benefit of Canada and the world.”

Kate Moran, ONC’s president and CEO, added in the release that “with the longest coastline in the world, Canada has made an unprecedented investment over the past 16 years in building these critical ocean observing systems. The ocean is our planetary life support system, and human pressures are impacting the ocean at an ever-increasing pace. Understanding this change is vital to protecting and managing the ocean to ensure a sustainable future.”

In its first 10 years of operation, ONC evolved into Canada’s national ocean observatory facility, with a growing network of observatories off Canada’s west coast, in the Strait of Georgia, along coastal B.C. and in the Arctic. ONC also pioneered an advanced data management platform, known as Oceans 2.0, which public and private sector agencies across Canada and abroad are using for data access, analysis and their own data management.

ONC – which is funded by CFI, the Government of Canada, the Government of British Columbia, CANARIE and IBM Canada – works with hundreds of scientists, engineers, researchers, innovators, industry and government partners and others across Canada and around the world.

The funding was announced by Kirsty Duncan, the federal Minister of Science, as part of an investment of $328.5 million to 17 national research facilities led by 12 universities across the country.