British Columbia’s monopoly auto insurer has little incentive to improve customer satisfaction, and an opposition party member is slamming the ruling New Democratic Party for not implementing recommendations made in July immediately after taking power. 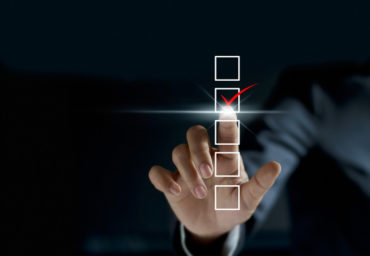 Insurance Corporation of British Columbia (ICBC), a crown corporation, has a monopoly on basic mandatory auto coverage in the province, including third party liability, under-insured motorist protection and accident benefits.

“There is not really a big incentive for them to improve their customer satisfaction numbers because there is no defection threat,” J.D. Power insurance business consultant Robert Lajdziak told Canadian Underwriter.

He added that if B.C. had competition in mandatory auto coverage, some ICBC customers would be looking to buy their auto insurance elsewhere.

ICBC lost a combined total of $527 million in 2015 and 2016, Ernst & Young has reported. EY offered the government a range of options to improve ICBC’s financial performance—including a cap on pain and suffering for minor injury claims.

EY’s report was commissioned before the NDP replaced the Liberals as the ruling party this past July. The report “contained a wide array of potential initiatives that government could have implemented immediately to keep rates down,” Liberal critic for ICBC John Yap told Canadian Underwriter Friday in an email. Yap did not say which initiatives the NDP should have implemented immediately.

The EY “report showed that drastic action was needed to fix ICBC’s financial crisis,” a spokesperson for Attorney General David Eby wrote this week in a statement. “Our government understands that major changes are required at every level of ICBC in order to get it back on the road to financial sustainability and in a position to provide affordable rates to British Columbians.”

Eby’s spokesperson did not confirm whether or not any of EY’s potential changes would be implemented.

In addition to EY’s review, other reviews are under way, said Chuck Byrne, executive director of the Insurance Brokers Association of B.C., in an interview.

“Most British Columbians are concerned about the trends that are affecting ICBC,” Byrne said. “It’s not unique to ICBC. Most in the industry across Canada are suffering from the incredible increase in crash rates as well as damage costs and bodily injury costs.”

“The province of B.C. has a litigation-based insurance model, which allows not-at-fault drivers and passengers to sue at-fault drivers for both economic loss and pain and suffering,” EY said. “The care-based model, as in place in Manitoba and Saskatchewan, provides comprehensive benefits for those injured in accidents, and the right to sue for excess economic loss and pain and suffering is allowed only in limited circumstances.”