The response by a vessel crew to an intoxicated passenger falling overboard was “uncoordinated” because the emergency signal to initiate the man overboard procedures was not sounded,” the Transportation Safety Board of Canada noted in a report released Thursday.

TSB released its investigation report into an incident June 13, 2015 on Lake Ontario near Toronto. A passenger fell overboard and drowned after leaning over a railing. The passenger’s remains were recovered 18 days later.

Spirit Cruise Line Limited’s Northern Spirit I was on a private cruise in the Humber Bay, TSB noted. 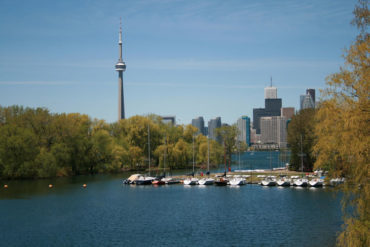 “The passengers checked in at the charterer’s table located on the dock,” TSB stated. “They were then pre-screened for boarding by crew members (the chief officer [CO] and deckhand) and security guards. The security guards established a checkpoint at the entrance to the gangway where they checked to see if anyone was bringing alcohol on board and verified passenger identification to ensure passengers were of legal drinking age.”

The chief officer later discovered a passenger had entered “a restricted area on the bow of the vessel,” TSB continued, adding that at about 7:00 p.m., one of the passengers “was behaving erratically and appeared to be intoxicated.”

One guard “then shouted that a person had gone overboard and proceeded aft with a life ring.”

The crew first notified Toronto Police Service and then Joint Rescue Coordination Centre (JRCC) Trenton. After the chief officer heard people yelling “man overboard, he “proceeded toward the emergency boat station,” TSB said. “On his way, the CO asked the crew and passengers to point to the passenger in the water if they could see the passenger. Once the CO arrived at the emergency boat station, he threw a life ring in the water. The deckhand had prepared the emergency boat for launching but was advised by the CO not to launch it because the Northern Spirit I was still making way. The CO and deckhand proceeded to the bridge at separate intervals to receive instructions from the master.”

TSB made five findings as to causes and contributing factors.

“The emergency signal to initiate the man overboard procedures was not sounded; therefore, the crew’s response to the emergency was uncoordinated, and did not correspond with the procedure in the muster list.”

TSB also made five findings as to risk.

“If intoxicated passengers are not detected by the crew during the pre-boarding process and are served alcohol while on board, there is a risk that they may participate in unsafe activities on the vessel,” TSB said.

“Although the passenger was intoxicated, this was not detected by the crew or security guards at the time of boarding, nor was the passenger denied service by the bar staff of additional beverages while on board,” TSB said in the report. “However, it is possible that when he was boarding and on board in the vicinity of bar staff, he did not display behaviour indicating that he was intoxicated. As such, the passenger’s level of intoxication may not have been apparent to the crew and bar staff.”