The Supreme Court of Canada announced Friday it has ruled against the federal government on the question of whether lawyers’ accounting records are considered matters of solicitor-client privilege, for the purpose Canada Revenue Agency’s power to demand documents. 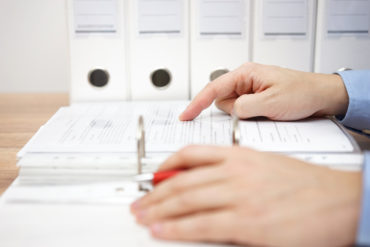 Canada’s highest court has set aside a Federal Court of Appeal ruling, over an order made by the Federal Court to Alberta lawyer Duncan Thompson, to disclose details of his accounts receivable to CRA.

Thompson had argued that he could be “liable for serious penal and civil consequences” if he were to disclose to CRA the amount of money that specific clients owned him because CRA would be forcing him to violate solicitor-client privilege.

“In order to properly afford clients the opportunity to raise their right to solicitor-client privilege, they must be notified when a court considers making any order requiring the disclosure of what might be privileged information, ” wrote Mr. Justice Richard Wagner and Mr. Justice Clément Gascon in the Supreme Court of Canada’s unanimous decision released Friday. “They must also be afforded the opportunity to decide whether they wish to contest the disclosure of the information requested by the state, and if they do wish to do so, they must be permitted to make submissions in that regard on their own behalf.”

Thompson claimed, in his factum to the Supreme Court of Canada, that CRA “hopes to use the names” of Thompson’s clients to issue garnishing orders, “making the clients liable to the crown.”

He had argued that the Alberta Legal Profession Act and the Rules and the Code of Conduct of the Law Society of Alberta “take precedence over” the federal Income Tax Act “as matters of property and civil rights in the province.”

Section 232 (1) of the Income Tax Act defines solicitor-client privilege as “the right, if any, that a person has in a superior court in the province where the matter arises to refuse to disclose an oral or documentary communication on the ground that the communication is one passing between the person and the person’s lawyer in professional confidence.”

The Income Tax Act has an exception for “an accounting record of a lawyer, including any supporting voucher or cheque.”

That exception violates a lawyer’s constitutional right – to be free from unreasonable search and seizure – stipulated in Section 8 of the Canadian Charter of Rights and Freedoms, the Supreme Court of Canada ruled.

In February, 2012, Thompson had been served with an order by CRA to turn over several pieces of information, including an accounts receivables listing as of Jan 30, 2012.

The following month, Thompson sent CRA a letter in which he provided the total accounts receivable balance but not the details.

“Client names are at least sometimes privileged,” Thompson wrote in a factum to the Supreme Court of Canada. “Information about the nature of legal advice sought and received can be gleaned merely from knowledge that someone consulted  a lawyer – especially one practicing in a small, close-knit town, or one with a known specialization, such as criminal defence, family law, bankruptcy, or tax planning.”

In 2012, a Federal Court judge issued an order directing Thompson to comply with a “requirement for information” issued by CRA, to produce documents including the receivables listing.

Thompson appealed and was partly successful. In a decision released Aug. 29, 2013, the Federal Court of Appeal rejected most of Thompson’s arguments but found that the judge issuing the order “was premature with respect to the accounts receivable listing.” CRA appealed to the Supreme Court of Canada, arguing the Federal Court of Appeal erred in sending the case back to Federal Court. Instead, CRA suggested, the court should have limited its finding to the “factual determination” of whether the information, demanded by CRA from Thompson, “was an accounting record.”

CRA had argued that federal revenue minister’s “ability to exercise her collection powers efficiently is dependent on her ability to obtain and validate information from the taxpayer which establishes whether the taxpayer has funds or assets that could be subject to collection” under the Income Tax Act.

The Federal Court judge should have taken “appropriate steps to verify whether solicitor-client privilege protected any of Mr. Thompson’s clients individually,” the Federal Court of Appeal wrote in 2013.

But the Supreme Court of Canada went further, in its decision released June 3, 2016.

“We cannot conclude at the outset that Mr. Thompson’s communications with his clients are distinct from financial records that disclose various facts about their relationships in order to determine whether solicitor-client privilege covers those facts,” Justices Wagner and Gascon wrote. “Absent proof to the contrary, all of this information is prima facie privileged, and therefore confidential.”

CRA had argued that the exception in the ITA “is a justified intrusion on the privilege because the privilege claim impedes the proper administration of the Act by denying access to the books and records that a solicitor is required by law to maintain.”

In its unanimous decision, written by Justices Wagner and Gascon, the Supreme Court of Canada said the “threat of prosecution” of notaries and lawyers, under the Income Tax Act, “creates a conflict of interests between legal advisers and their clients, pitting the duty of confidentiality owed by legal advisers to their clients against their statutory duty of disclosure to the tax authorities.”

In 2014, the Quebec Court of Appeal upheld a 2010 finding, by the Quebec Superior Court, that three sections of the Income Tax Act are “unconstitutional and of no force or effect with respect to notaries and lawyers in Quebec for documents protected by professional secrecy.”

Section 231.2(1) gives Canada’s revenue minister the power “to require a person to provide information or documents concerning a taxpayer within a reasonable time stipulated in the notice.” Such a requirement could be imposed on a notary or lawyer to provide information about a client, without that client being notified.

Section 231.7 “comes into play where a person to whom a requirement is issued refuses to provide the information or documents being sought,” the Supreme Court of Canada noted.

“In such a case, this section provides that the [federal revenue minister] may have recourse to the courts by means of a proceeding of a summary nature. Section 231.7 authorizes a judge, on application by the Minister, to order a person to provide any access, assistance, information or document sought by the Minister if the judge is satisfied that the person in question did not do so when required.”

The third Income Tax Act clause found to be unconstitutional was the restriction on solicitor-client privilege in Section 232 (1).

The provisions in the Income Tax Act giving are inapplicable to notaries and lawyers in their capacity as legal advisers,” the Supreme Court of Canada ruled.

“It is not appropriate to establish a list of documents that are prima facie protected by professional secrecy,” Justices Wagner and Gascon wrote. “Whether a document is protected by professional secrecy depends not on the type of document it is but, rather, on its content and on what it might reveal about the relationship of and communications between a client and his or her legal adviser.”

Some notaries in Quebec “who received such requirements contacted the Chambre [des notaires du Québec] to raise concerns about their clients’ right to professional secrecy,” wrote Justices Wagner and Gascon. “The Chambre tried unsuccessfully to negotiate a compromise with the CRA on what should be done when requirements are issued to notaries.”

So the Chambre des notaires du Québec went to court and the Barreau du Québec joined in the action.

They had argued that “when a ‘requirement to provide documents or information’ is sent to a notary or a lawyer, there is a risk that the information or documents being sought will, unbeknownst to the legal adviser’s client, reveal particulars that are protected by the professional secrecy of notaries and lawyers, otherwise known as solicitor-client privilege.”

“The requirement scheme and the exception for accounting records do not provide adequate protection for the professional secrecy of notaries and lawyers,” the Supreme Court of Canada stated of the Income Tax Act.

“The procedure set out in the ITA  does not require that the client, who is the holder of the privilege, be informed of the requirement or of any proceeding brought by the CRA to obtain an order to provide information or documents,” Justices Gascon and Wagner wrote. “The procedure also places the entire burden of protecting the privilege on the notary or lawyer. Finally, the [Attorney General of Canada and CRA] have not established that it is absolutely necessary here to impair professional secrecy.”