TORONTO – Ride-hailing company Lyft is bringing its service to Canada. 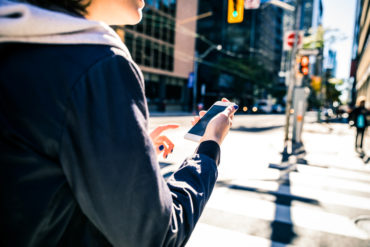 The company announced Monday that it is coming to Toronto in what will be its first expansion outside of the United States.

“Our passports are packed and we’re crossing the border,” the company said in a post on its corporate blog.

“We’ve been looking forward to taking our brand of ridesharing international for some time, and we’re super pumped to share this with our close friends up north.”

The company did not say exactly when the service would be available in the city, but says it will be “around to help ring in the holidays.”

The move follows the controversial launch of rival Uber in Toronto a few years ago, which saw protests by taxi drivers.

Uber also has been embroiled in a fight in Quebec over the province’s rules for ride-hailing services.

In September, the province announced it would renew a pilot project agreement for one more year, but added new provisions that included 35 hours of mandatory training, police background checks and a vehicle inspection every year.

Uber has argued the 35-hour provision hurts the firm’s model of employing part-time and casual workers, who couldn’t even try the service without the training.