Manitoba’s Public Utilities Board (PUB) has not received any appeals to its order relating to a unique “time band” approach to insuring ridesharing in Winnipeg, a PUB spokesperson told Canadian Underwriter on Monday. 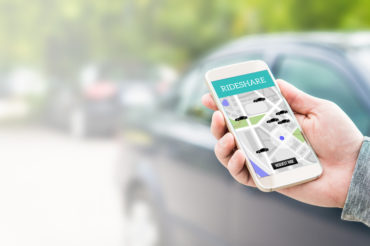 “My guess is that the applicant [Manitoba Public Insurance (MPI)] and the one intervenor we had (Consumers Association of Canada) will not be applying to change the time bands,” Darren Christle said in an email, adding that the order is only an interim rate, so the matter will be scrutinized in greater detail after MPI files its general rate application in June.

PUB, Manitoba’s insurance regulator, has been contacted by another ridesharing company who has expressed interest in starting operations in the province, although Christle did not specify the company.

Jeremy Davis, press secretary for Winnipeg Mayor Brian Bowman, told Canadian Underwriter that “Winnipeggers want ridesharing, and Mayor Bowman has consistently supported the introduction of ridesharing to Winnipeg. He continues to believe greater competition and choice within the vehicle for hire marketplace will improve overall service quality for consumers.”

The mayor is also hopeful that MPI and ridesharing companies will be able to find a “road to yes” within the recently approved framework, Davis said, adding that Winnipeg has the benefit of learning from other jurisdictions that have allowed ridesharing.

“A focus for Mayor Bowman has been to ensure a balanced, respectful and reasonable approach is taken in how the administrative framework was structured for Winnipeg.”

Uber said in a submission earlier this month that it would not consider expanding to Winnipeg after finding that the time band approach “differs greatly from insurance models in place across North America (including Ontario, Alberta and Quebec) and deviates in several important ways from the type of insurance that Uber has found to be effective in North America.”

Under the approach approved Jan. 15, insurance premiums will be based on four defined time bands:

The new “vehicles for hire” (VFH) rates will be available starting Mar. 1 for private passenger vehicle and light truck owners.

MPI said in a statement on Jan. 15 that insurance rates for private VFH operators will be assessed a maximum of 20% higher than the “standard all-purpose insurance rate, which is equivalent to the premium differential in other jurisdictions.”