The Opposition BC Liberals have introduced a bill they say would bring ride-sharing to the province within three months and allow for private insurance coverage, re-igniting debate over public versus private coverage in British Columbia.

The minority NDP government introduced legislation on Nov. 19, to allow ride-sharing companies to enter the B.C. market by next fall. If passed, the Passenger Transportation Amendment Act would amend the Insurance Vehicle Act and the Insurance Corporation Act to “ensure ICBC (Insurance Corporation of British Columbia) can develop new and innovate insurance products in time for fall 2019.” At the time, Premier John Horgan said he expected the legislation to pass before Christmas. 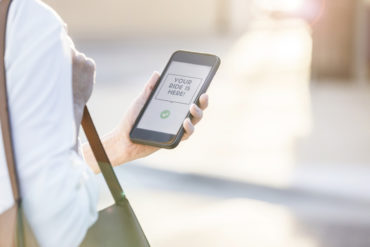 ICBC told Canadian Underwriter Nov. 21 that it “will be ready to deliver the blanket insurance certificate, which we anticipate will be usage-based, when the various detailed amended regulations are in place and a [British Columbia Utilities Commission] filing is approved.”

Just days after the NDP introduced its legislation, Liberal transportation critic and West Vancouver-Sea to Sky MLA Jordan Sturdy proposed the Miscellaneous Statues (Passenger Transportation Services) Amendment Act as a private member’s bill. The bill is an exact copy of legislation written as a government bill in 2016 and provides a framework for insurance products. In particular, it allows for “the possibility of [ride-sharing] insurance to be provided by private sector operators in a timely manner,” and to ensure “a level playing field related to insurance coverages and cost for both existing and new operators.

“We have a ready-to-go framework that will allow British Columbians to take their Valentine on a date in an Uber or Lyft,” said Todd Stone, MLA for Kamloops-South Thompson and the former transportation minister, in a press release.

The Insurance Bureau of Canada has been calling for private insurers to be able to offer ridesharing insurance in B.C. Aaron Sutherland, vice president of IBC’s Pacific region, told Canadian Underwriter in November that “as an industry we will be actively watching the legislation to see if the other opposition party (the Greens) support the Liberals. If the Green party supports them, that could ultimately come to pass and that would certainly remove any roadblock on the insurance side from getting ridehailing services to British Columbians much more quickly.”