RIMS, the risk management society, is calling on its U.S. membership of risk management and insurance professionals to support its push for the reauthorization of the National Flood Insurance Program (NFIP). 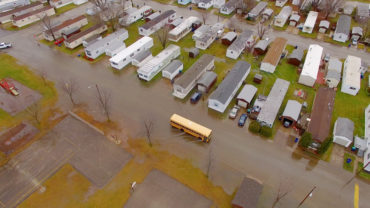 “The program’s expiration on September 30, 2017 would leave many businesses with significant lapses in flood coverage, difficulty in procuring affordable coverage and uncertain of current and future flood regulation within their jurisdictions,” RIMS said in a statement on Wednesday.

Currently, the United States House of Representatives and U.S. Senate have combined efforts to introduce a number of bills intended to reauthorize and improve the program, RIMS reported. However, differences in the bills must be agreed upon before the deadline is reached. “RIMS is seeking a long-term solution that includes provisions that continue to allow organizations to effectively manage flood risk,” the statement went on to say.

“For thousands of organizations, the reality that access to affordable flood insurance might disappear and that their businesses would instantly become susceptible to destruction caused by flooding is unacceptable,” said RIMS vice president Robert Cartwright, Jr. “RIMS has launched a grassroots effort to ensure that the commercial insurance buyer’s voice is heard and that legislators are reminded of the consequences of the NFIP’s expiration and the need for expedient action.”

Starting Wednesday, Aug. 23, RIMS’ Political Action Committee (RISK PAC) will begin soliciting donations to allow the society to continue to engage and support members of Congress who have demonstrated their commitment to the reauthorization of the NFIP.

Established in January 2015, the standard requires that federally subsidized structures and projects comply with building and elevation standards to mitigate the risk of flooding, in accordance with the best available science.

SmarterSafer said in a press release that smart mitigation strategies better protect lives, property and taxpayer dollars. “We disagree with today’s executive order, and hope the president will reconsider his decision so that our country can reduce the loss of lives and property to disasters, and reduce the amount of taxpayer dollars spent on rebuilding and repairing communities after a major storm strikes,” the release said, adding that studies have shown that every dollar spend on disaster mitigation saves four dollars in post-disaster recovery and rebuilding costs. “As the White House prepares to roll out its ambitious infrastructure plan and as Congress works to reauthorize the National Flood Insurance Program, we urge lawmakers to incorporate comprehensive mitigation strategies that protect infrastructure investments from a future of more frequent natural disasters.”

On May 3, SmarterSafer issued a number of recommendations for NFIP reforms, including more focus on resiliency measures, updated mapping techniques and increased consumer choices.