Insurance companies, generally risk-averse, are not used to seeing failure — something they need to get used to when they work with insurtechs that are trying to create a better system for them, says one insurtech leader.

Insurers come to an insurtech to enhance their offering. Figuring out the best solution means playing around with multiple options. That means most of those trials will fail while typically only one succeeds.

But for Jane Wang, co-founder and CEO of the insurtech Optimity, her experience shows that insurers haven’t quite wrapped their heads around seeing failure when experimenting with new possibilities.

“In any sort of experimentation, there’s also early ambiguity,” she explained during a recent web panel. “So you get some success, some not. It’s not a clear winner, or sometimes you get failures. And I think that’s one thing that insurance companies but don’t have fully grasped versus a tech company.”

By that, she means technology companies know that they’re going to run a handful of different experiments; in some situations, an outright winner may emerge, but other test runs will come back with mixed results or clear failures.

“You should be okay with that, and that’s good,” Wang said of how insurers should view the failures. “That means that you learned something and you don’t do that again. You’re going to save millions of dollars of costs later in doing that.” 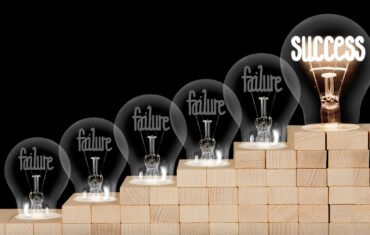 But for an insurer, seeing so many failures can be alarming. “I think the insurance companies are not used to failures,” Wang observed during the webinar, How 2020 Forced Insurers to Put People First. “We need to encourage [accepting failure]. We need to encourage the learning.”

Just because something fails now doesn’t mean it can’t succeed under different circumstances, Wang said. She cites the example of mailing information to customers during the COVID-19 pandemic instead of emailing them.

Before COVID, emailing was a more successful way for companies to reach clients instead of sending communications through regular mail. Insurers shied away from using regular mail because the distribution cost was high while the customer engagement was low. You might say physical mailing was an experiment that failed, while email succeeded.

That is, until the pandemic came around. Now people are home. And so a big reason why regular mail failed before the pandemic — i.e. low customer engagement — no longer holds true during COVID.

“Now guess what’s working?” Wang said. “Mailing….People are checking their mail. So, what you think is the truth, or failure, or [labels] like that, changes. Iterations [are] most important; and also looking at things through first principles. That’s the strength of a data-driven insurtech company.”

If companies are sheltering themselves from experiencing failure, they may not see experimental results that show a change over time.

“If one of the things that you worked on didn’t work, no problem,” said Wang. “That’s why we A/B test it, and we’re going to double-down on the winner. Don’t stop the cycle. I have seen some of the carriers being like, ‘Hey, I’m buying a solution. This solution didn’t work first time around…let’s not do it again.’ And I think that’s [a] problem, because it takes cycles of iteration to make something go great.

“Even for something like email, we’ve had carriers that worked with us at the beginning that only had 1% or 2% or 3% that really engaged with it. But the ones that are working with us now, we have campaigns that go out with 70% open rates — insane open rates. That’s because we’ve done five, six cycles of iterative A/B testing.”

Still, such current successes may not dictate future results. “Whatever is working right now at 70%, it may not be the answer three months from now,” Wang cautioned.