As risk of farm losses rise, so too do number of farmers buying crop insurance

CALGARY – Kelly McIntyre has tilled the soils of northwestern Alberta for more than 30 years, but only this spring did he conclude that he needed crop insurance.

“There just seems to be increased risk, more risk all the time,” says McIntyre, a wheat and canola farmer near Fairview in Alberta’s Peace Country. 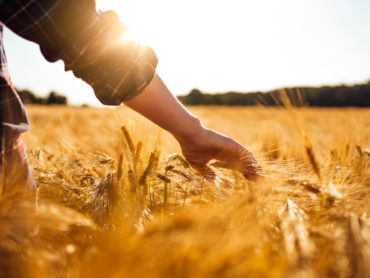 He says the rising cost of machinery, land, seed and fertilizer means he’s putting more on the line every season, so he finally went for the extra security of the federal-provincial insurance.

“You’ve got to cover yourself so that you can grow a crop next year, if it happens to be a bad year.”

He’s one of the many Prairie farmers who have opted to start or increase their coverage this year as forecasts call for another arid growing season that is raising worries about the success of this year’s harvest.

The tinder-dry spring has already contributed to the devastating wildfires that have consumed large swaths of Fort McMurray. Alberta also issued a special heat advisory as century-old temperature records were broken.

McIntyre says he’s normally fighting the moisture at this time of year with muddy tires and wet fields, but that’s not the case now.

“We’re seeding in conditions that are probably the driest I’ve ever seen.”

Stephen Vandervalk also took a look at this year’s weather conditions and decided to bump up his crop insurance coverage to the highest level on offer – which covers up to 80 per cent of a farmer’s losses – something he hasn’t done in years.

The crucial store of moisture in the soil is gone this year, leaving crops much more vulnerable than usual, says Vandervalk, a grain farmer near Fort Macleod in southwestern Alberta.

“It doesn’t take much,” he says. “You take a couple weeks of windy hot weather on your crop, and you’re in trouble.”

The El Nino weather pattern that caused drought conditions across the Prairies last year also made for a dry winter, and the trend is looking to continue this summer, says Environment Canada meteorologist Brian Proctor.

“It’s likely going to be exacerbating the problem as opposed to helping the moisture deficit issues.”

The Calgary area received 12.1 millimetres of rain between January and March compared with 33 millimetres last year, while Grande Prairie, Alta., saw about half as much precipitation over the same stretch last year, Proctor says.

The head of operations at Agriculture Financial Services, an Alberta Crown corporation, says he’s seen a jump in the number of farmers opting for the highest level of crop insurance available.

For years, around 50 per cent of farmers took out that coverage, but that jumped to an all-time high of 57 per cent this year, Merle Jacobson says.

“There’s a trend of producers buying higher levels of coverage than in the past,” Jacobson says. “If you look at the long-term trend, it’s quite a bit.”

The total number of crop insurance applications also rose by 1.6 per cent this year in Alberta, up 197 to 12,339 despite a general trend towards fewer, bigger farms.

Shawn Jaques, head of the Saskatchewan Crop Insurance Corp., says about 40 per cent of farmers bought the highest level of coverage in that province this year, up from 38 per cent.

But he cautions there could be several reasons for the increase, including the highest ever potential payout per hectare, adding that the province had one of its best crop seasons last year despite mid-season concerns about drought.

Alberta also came out of last year much better than expected after the province declared an agricultural disaster last August and predicted insurance payouts of between $700 million and $900 million. In the end, Jacobson says he expects total payouts to run between $510 million and $530 million after some fortunate late-season rains and delayed frost and snow.

For McIntyre, it confirms how unpredictable farming and weather are, and how much faith is needed as he puts hundreds of thousands of dollars more into his fields this year.

“Farmers are eternally optimistic,” he says. “If we weren’t, we wouldn’t plant a crop every year.”