Distracted driving and the cost of repairing vehicles equipped with the latest technology are among the reasons RSA Canada is looking to increase auto insurance rates across Canada.

“We have seen a trend of increasing frequency [of collisions] which we [attribute] in large part to distracted driving,” Martin Thompson, president and CEO of RSA Canada, said Thursday during a conference call announcing RSA Group’s preliminary financial results for 2017. 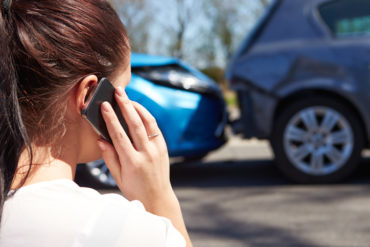 “As an industry we have been trying to hold back on price increases, but there comes a point where so much pressure builds up in the system that you have to respond,” Thompson said Thursday. “So we have certainly been filing for increases in almost every province across the country.”

One source of “pressure” on auto claims is the cost to repair vehicles, Thompson said during the conference call. “As we see more technology being implemented into vehicles, we are seeing quite significant inflationary pressure on the cost of repair,” Thompson said, echoing comments made earlier by his counterparts at both Aviva Canada and Intact Insurance.

Automation technologies, such as computers that apply brakes when they sense trouble ahead, help to prevent accidents, Greg Somerville, president and CEO of Aviva Canada, told Canadian Underwriter February 15. But “until we have a significant portion of the cars on the road with that capability, the cost to repair those vehicles hasn’t caught up with the benefits that we are going to derive from them as an industry and as a society,” he said.

RSA Group reported Thursday its combined ratio in Canada was 93.9% last year, down one point from 94.9% in 2016, when the Fort McMurray, Alberta wildfire caused nearly $4 billion in insured losses to the property and casualty insurance industry. In Canada, “growth was particularly strong in the broker channel,” RSA reported, with net premiums from personal lines brokers 10% higher in 2017 than in 2016.