If you’re a commercial insurance broker or client looking for the end of high premiums for trucking fleets, insurers would like to hear from you about how to resolve a major systemic issue facing the trucking industry.

“I would say one of the major issues we’re dealing with right now is that there’s a shortage of qualified and experienced drivers,” Brian Andres, national specialty manager of risk control services, global specialty lines at RSA Canada, reported to Canadian Underwriter recently. “We’re seeing quite an increase in inquires coming from our clients and their brokers to add inexperienced drivers [to their fleets].”

The insurance industry’s definition of an “inexperienced” driver is someone under 25 years of age who has less than three years of verifiable experience driving heavy commercial trucks.

“Many [truck operations] are staffing these [inexperienced] drivers without even inquiring with their broker or their insurer first — we’re not finding it out until later,” Andres said. “Because of their inability to recruit qualified, experienced drivers, they are becoming okay with hiring drivers with little to no experience. I guess their hope is that it will work out and the new driver will become a long-term employee and not cause any damage in the meantime. That’s definitely not a situation we want to see happen.”

For the insurance industry, there’s a correlation between inexperienced truck drivers and increased claims costs for insurers. Which means that either insurers must raise their premium rates and deductibles to offset their claims costs, or they must become more selective about providing capacity (funds) to insure the risks. Where the business becomes truly unprofitable, insurers will potentially exit the class of business altogether. 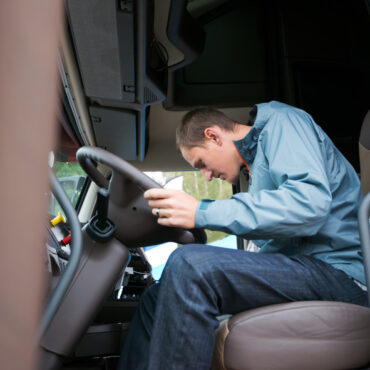 “The main concerns for inexperienced drivers that I’ve seen are that they fail to recognize dangerous speed, or they fail to heed guidelines regarding distracted driving,” he told Canadian Underwriter. “Often they don’t get the rest they need. They don’t properly assess weather hazards, or road and traffic hazards. With all of the other things going on, they sometimes ignore truck maintenance requirements. Proper securement of cargo loads can be overlooked. Exceeding federal laws regarding weight restrictions. Or even being unaware of laws and regulations regarding how to operate a commercial heavy vehicle.”

“It’s a number of things,” Andres says. “Rate of pay can be one of them. Although some of the long-hail trucking positions can yield a fairly good income, you are away from home for a fair amount of time. That’s not attracting a lot of the younger-generation drivers. The rate of pay for local trucking is still appreciably low. It really hasn’t changed much over the past 10 to 20 years. A lot of them are minimum wage, maybe $18 to $20 an hour. It’s tough work. You start early. You’re out in the cold doing pre-trip inspections. Especially for a gravel hauler, they are paid by the loads. It can be tough working conditions.”

And so how is the trucking industry supposed to come up with more experienced drivers?

Andres said he would like to see more training and mentoring programs established in the trucking industry as a whole.

“Although [commercial truck driving has] been designated as skilled labour, I still would like to see a government-approved apprenticeship-type program – a full-blown trade with standardized wages, stable wage increases,” he said. “That would go a long way toward attracting new people into the industry. The Ontario Truck Association is lobbying the government and trying to push this forward.”

As it stands, drivers in various Canadian provinces undergo entry-level training for roughly 100 to 110 hours (depending on the province) to obtain their Class A license to drive a truck.

Andres queries whether that’s really enough time to qualify as an “experienced” truck driver. He said this type of training should be supplemented by some type of mentorship program that would go a long way towards establishing a “culture of safety” within the trucking sector.

“You’re still going to require some ongoing training and mentorship, which is a huge missing component in many of the trucking companies that I’ve been involved with – especially in the small to mid-sized fleets,” Andres said. For fleets that have “anything over 10 up to 100 units, I’m seeing very little internal training or mentorship, it’s just not there. They should have full training and mentoring in place involving class training, new cab training, and ongoing training and mentoring that would involve telematics, forward- and driver-facing cameras, on-road observations, ride-alongs and regular driver evaluations.”

Andres noted that one positive development in the trucking industry is that “a lot of fleets are going to automatic transmission, which makes driving a lot easier to learn. It takes one area of distraction away from an inexperienced or new driver — the whole clutching and switching gears constantly. That’s becoming an advance in the fleet industry.”