RSA reports combined ratio of 94.8% for first half of 2017 in Canada ‘despite higher large losses’

RSA Insurance Group plc reported Wednesday that its net premiums written in Canada during the six months ending June 30 were 5% higher, on a constant rate of exchange basis, than in the same period in 2016. 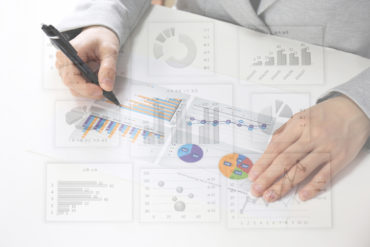 Meanwhile, in Canada, RSA’s flood coverage could be available in Quebec as soon as the end of 2017.

“We had some challenging conditions, particularly weather,” said Martin Thompson, president and chief executive officer of RSA Canada, during a conference call with Canadian journalists.

RSA reported an underwriting result in Canada of £40 million during the first six months of this year, up from £37 million in the same period in 2016.  The loss ratio during that period, in Canada, was 65.8%, the commission ratio was 13.4% and the expense ratio was 15.6%

The increase was due to a combination of factors, including more customers and increases in rates, Thompson suggested.

“The second quarter of 2017 was the first time since 2013 we actually saw growth across all divisions in the Canadian business,” Thompson said. “We have a good expectation that we will continue that trend into half 2.”

Thompson also addressed the issue of flood coverage in Quebec.

Launched for new business in November 2015, RSA’s Waterproof includes a limited sewer backup endorsement plus protection for damage caused by fresh water flooding. At the time, RSA narrowed its sewer backup endorsement and started offering Waterproof in some provinces. It is not available in Quebec, Saskatchewan or the territories. Before 2015  – when The Co-operators, Aviva and RSA announced their flood coverage – overland flood insurance for residential properties was generally unavailable in Canada.

“It’s an issue we are working on right now and we are examining how we do that,” Thompson said Wednesday of Waterproof coverage in Quebec.

“It’s been just a process of working through issues around marketing and pricing et cetera,” Thompson added during the conference call. “I think the plan in the future is we would have that product on offer in Quebec. I am not clear on where the timeline is on that yet but I would expect it would be towards the end of this year or early 2018.”

Group underwriting profit increased from £147 million in the first six months of last year to £222 million during the six months ending June 30, 2017.

“Our Scandinavian business contributed a majority of underwriting profits with strong underlying advances and above trend prior year profits,” RSA Group CEO Stephen Hester stated in a release. “Canada did well also, despite higher large losses.”

In Britain, RSA reported an underwriting result of £17 million, but the result would have been £56 million if it weren’t for the decrease in the Ogden Rate.

Markel Corp. reported earlier that the Ogden rate – used to calculate lump sum awards in bodily injury cases – decreased from plus 2.5% to minus 0.75% as of March 20, 2017.