Federal labour law should be changed to prohibit employees from entering their workplaces under the influence of marijuana without “medical authorization” and to stipulate what exactly constitutes a “safety sensitive position,” a law firm recommended Thursday to the House of Commons Standing Committee on Health. 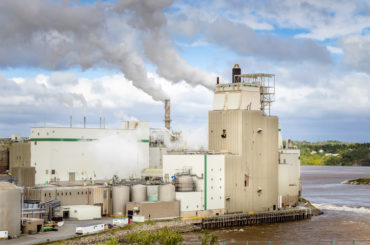 “The federal and provincial legislatures have failed to pass any legislative framework to enable government regulators and employers to deter, detect, and deal with workers who attend at work under the influence of cannabis or other drugs,” wrote Norm Keith, a senior partner for Fasken Martineau DuMoulin LLP, whose areas of specialty include employment law. “However, employers are prosecuted and severely punished when workers under the influence of cannabis and other drugs cause workplace accidents.”

Bill C-45, the Cannabis Act, passed second reading this past June. The Standing Committee on Health is holding hearings this week on the bill. Fasken Martineau was one of the parties who submitted briefs to the committee.

If Bill C-45 is passed into law, it will be legal for people 18 years of age or older to possess up to 30 grams of dried legal cannabis or equivalent in non-dried form when in public. It would also be legal to grow up to four plants per residence.

“One mistake by a worker impaired by cannabis or other drugs may cause damage to property, injury or death,” Keith wrote in Fasken Martineau’s Sept. 14 brief to the House of Commons health committee.

“Each year, over 2,000 Canadians are killed in motor vehicle accidents, many involving transportation employees, and over 800 workers are killed in workplace accidents,” Keith wrote in Fasken Martineau’s brief. “The proposed legalization of recreational cannabis will very likely increase use, with legal public accessibility starting at age 18.”

Keith is proposing that the Canada Labour Code “be amended to prohibit workers from entering a workplace under the influence of cannabis or other drugs, without prior medical authorization and employer approval.”

Keith contends the law should also be changed “to compel unions and employers to provide employee assistance programs, without retaliation or risk of adverse employment consequences, for workers who self-report to their employer they have dependency or addiction problems before a significant incident/accident occurs in the workplace.”

In 2013, Keith represented Alliance of Manufacturers & Exporters of Canada, which had intervener status in an appeal – by Local 30 of the Communications, Energy and Paperworkers Union – of a New Brunswick Court of Appeal ruling. In upholding a Court of Queen’s Bench decision, the provincial appeal court had ruled in favour of Irving Pulp and Paper, which in 2006 had brought in random alcohol testing for employees at a mill in Saint John. A New Brunswick arbitration board had ruled that random alcohol testing of the Irving workers represented by CEP (now part of Unifor) was a violation of privacy. In a divided ruling, the Supreme Court of Canada over-ruled the New Brunswick court, restoring the labour arbitrator’s ruling in favour of the union.

The three dissenting judges noted that the operations of the Irving mill in Saint John “involve hazardous chemicals and gases, heavy machinery and equipment, high-pressure boilers and steam lines, and high-voltage electric lines,” and that “the mill, in normal operation, is a dangerous environment that presents risks not only to the employees of the mill, but also to the public, to property, and to the environment.”

Nevertheless, the majority found that Irving “had not demonstrated the requisite problems with dangerousness or increased safety concerns such as workplace alcohol use that would justify universal random testing.”

That ruling did not provide ‘a comprehensive framework for deterring, detecting, and dealing with workers under the influence of cannabis or other drugs in the workplace,” Keith wrote this year in Fasken Martineau’s brief to the Commons health committee.

Keith recommends that the Canada Labour Code should be amended to permit employers to conduct random testing of workers for cannabis and other drugs in safety sensitive positions. Labour law should also be changed to “provide a legal definition of what constitutes a ‘safety sensitive position’ in the workplace,” Keith suggested.

“Under the Canada Labour Code, federally regulated employers have a duty to ensure that the health and safety at work of every person employer is protected,” added Keith, co-author of Alcohol and Drugs in the Canadian Workplace:  An Employer’s Guide to the Law, Prevention and Management of Substance Abuse.

“The provinces, including Ontario, have a similar duty to take every precaution reasonable in the circumstance for the protection of the worker,” Keith noted. “Unions have no comparable legal duty or accountability in law. Although employers have a legal obligation to ensure workers are fit for duty, they do not have a legislative framework in which to comply with this legal obligation and moral imperative.”