The Minister responsible for Saskatchewan Government Insurance (SGI), Don McMorris, has introduced more than 20 amendments to The Automobile Accident Insurance Act that the government says will improve Saskatchewan’s auto injury programs to better meet the needs of people who are injured in vehicle collisions. 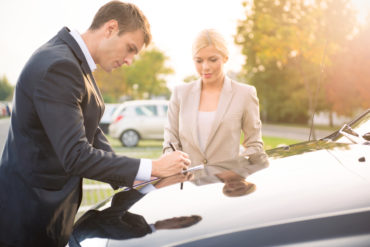 McMorris introduced the amendments in the Legislative Assembly of Saskatchewan on Tuesday. The amendments have different impacts for all of Saskatchewan’s auto injury programs: No Fault, Tort and Reduced No Fault. The latter coverage, the new optional injury coverage available only to motorcycle owners, was implemented on April 1, SGI noted in a statement.

The legislation is anticipated to be passed during the fall 2016 sitting of the legislature, with changes taking effect Jan. 1, 2017.

Among the changes are the following:

The amendments are based on recommendations resulting from consultation with and feedback from a variety of stakeholders and groups in 2014 and early 2015, SGI, the province’s self-sustaining auto insurance fund, said in the statement. These include current and former auto injury customers, representatives from the Automobile Injury Appeal Commission, medical, legal and insurance communities, an injury review panel representing a cross-section of stakeholders, SGI employees who work with the program and close to 900 public survey respondents.

SGI said that the cost of implementing the changes is between $12-17 million the first year, with an additional $2-5 million each year moving forward.

Two recommendations that were previously announced in October 2015 have been deferred due to cost considerations. The changes not moving forward at this time are: updating amounts paid for living expenses to reflect current market rates, increasing the overall amount available for assistance to those with cognitive impairment and implementing a process to regularly review the amounts for alignment with market rates (No Fault coverage); and ending the practice of reducing income benefits by the amount a customer receives through Canada Pension Plan disability (No Fault coverage).These two changes, costing between $53-63 million the first year and an additional $8 million each year moving forward, will be phased in at a later date, SGI reported.

“These amendments will provide better benefits for people who are injured, address inconsistencies and close gaps in coverage, and keep coverage affordable,” McMorris concluded. “This will help improve the quality of life for people that have been seriously injured in a collision.”