The Government of Saskatchewan announced on Monday that it has introduced new legislation aimed at enhancing regulatory oversight of the province’s oil and gas industry. 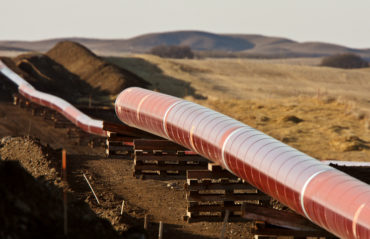 The government introduced The Pipelines Amendment Act in the Legislature, replacing The Pipelines Act, the Ministry of the Economy said in a media release.

“Our efforts to enhance and reinforce our regulatory oversight of the oil and gas industry in Saskatchewan are a continual process to ensure that it is held to the highest standards,” Energy and Resources Minister Dustin Duncan said in the release. “This updated legislation also serves to address the provincial auditor’s previous recommendations with respect to our work with this industry,” he said, referring to recommendations made in the 2012 auditor’s report.
Some of the components of the new legislation include:

“It will also address relevant public concerns regarding Saskatchewan’s pipeline system by updating current requirements,” Duncan added in the release.

Pipeline infrastructure is vital to the oil and gas industry in Saskatchewan as it connects resources to global markets and provides communities across Saskatchewan with energy services. About 90% of Saskatchewan’s current spending on pipeline regulation is paid for through the annual well levy, the release said, adding that the new legislation is not expected to trigger any additional costs for taxpayers.