The province of Saskatchewan has launched the new SaskAlert mobile app and SaskAlert.ca website to “connect residents across the province with the information they need when an emergency strikes.” 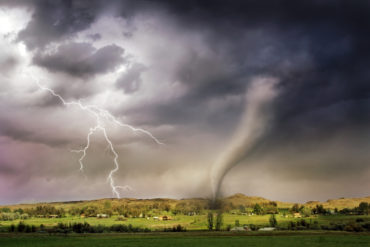 The SaskAlert.ca website and app (available at the site) were released on Monday by Government Relations Minister Jim Reiter and Duane McKay, the province’s Fire Commissioner and Executive Director of Emergency Management. “We are encouraging all residents to download the SaskAlert app today to receive real-time information about emergencies as they unfold,” Reiter said in a press release from the Ministry of Government Relations.

Once the SaskAlert app is installed, iPhone and Android smartphone users will be alerted to emergencies via a tone and notification on the home screen – even when the app is closed, the ministry reported, putting “crucial emergency information directly into residents’ hands.”

Residents can opt to receive emergency alerts for the entire province, for a particular community – including urban and rural municipalities and First Nations – or for multiple communities. They can also choose to receive alerts for nearby areas when they are travelling in the province.

SaskAlert.ca is another tool where residents can access detailed information on emergencies as they progress, the release said, noting the website will house all information on current emergencies. SaskAlert, the Government of Saskatchewan’s emergency public alerting program, also informs residents through any media outlets licensed to broadcast in Saskatchewan.

Emergency alerts may be issued for emergencies such as train derailments, tornadoes, plow winds, blizzards, wildfires, hazardous material spills, boil water advisories, road closures, evacuations or local emergency declarations. Alerts are only issued for emergencies that could harm people or damage property and are broken down into three categories: test – system testing in progress; advisory – be aware and be prepared; and critical – imminent life-threatening danger.