REGINA – Saskatchewan says it has reached a deal with Ottawa that will allow the province to keep using coal-fired power plants in what it calls “a responsible manner” beyond 2030. 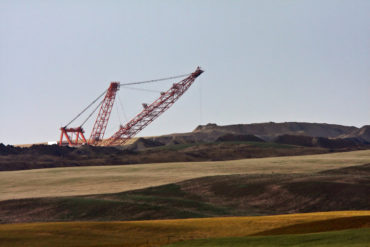 The agreement will allow the province to meet federal emission requirements over time on an electricity system-wide basis, as opposed to regulation of every coal-fired plant.

The federal government announced last week that provinces will have to phase out coal entirely and replace it with lower-emitting sources by 2030 or use carbon capture and storage technology.

Saskatchewan uses carbon capture at one of its coal-fired power plants, but hasn’t made a decision about installing the technology at other plants.

But Keith Stewart, head of the climate and energy campaign with Greenpeace, says the federal plan is toothless if the deal means Saskatchewan can keep running traditional coal-fired power plants after 2030.

Stewart also says Greenpeace thinks it’s better to make the transition straight to renewable power than to use carbon capture.

“Thanks to dramatic improvements in wind and solar power, phasing out coal is the one of the fastest and most cost-effective ways to reduce greenhouse gas emissions,” said Stewart.

“Keeping old coal plants running past 2030 is a lot like hanging on to your VCR because you think Netflix and DVDs are just a fad.”

The deal also acknowledges the province’s move to 50 per cent renewable energy generation by 2030.

Almost 50 per cent of the electricity generated in the province uses coal as a fuel source, but coal-fired units are among the largest sources of air pollution in the country.