The Saskatchewan Taxi Cab Association (STCA) is calling on the province to “conduct real consultation” before allowing transportation network companies (TNCs) like Uber to operate in the province. 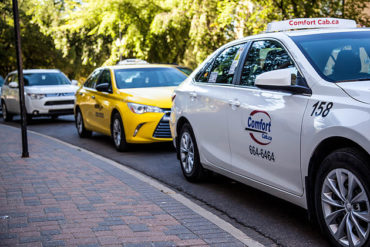 In its Speech from the Throne on Wednesday, the provincial government said that it plans to introduce legislation so that Saskatchewan Government Insurance (SGI) can offer coverage to ridesharing companies such as Uber, the Canadian Press reported. Premier Brad Wall said that he wants to encourage municipalities to allow ride-booking services to reduce impaired driving.

“I do think we just need more options for Saskatchewan people,” Wall told the Canadian Press. “Obviously, almost every major North America city is comfortable with respect to the safety that’s provided by the various ridesharing platforms.”

Ray Orb, president of the Saskatchewan Association of Rural Municipalities, said that he thinks ride-hailing services might help lower drunk driving rates, especially in rural communities where there may not be taxi service for people to use after going to the local bar. “I think actually it would,” he said of the possibility of lowering impaired driving rates. “I think it’s an interesting concept. We’d sure like to look at it.”

STCA spokesperson Shondra Boire said in a statement on Wednesday that the association has been advocating to the provincial and municipal governments that TNCs be held to the same standard as taxis are. “Allowing TNCs to operate under a different set of rules devalues long-standing and necessary local bylaws that have been established to ensure public service and safety and has led to very negative outcomes in other jurisdictions,” Boire argued.

Instead, the STCA is advocating a “made-in-Saskatchewan” solution – “flex-service taxis – a hybrid solution that can safely provide more taxis in virtually every Saskatchewan community while still protecting local jobs, investment and tax revenue.” The flex-service model could provide part-time taxis and full phone/web/app dispatch services, “all while maintaining the current public safety and regulatory standards on which our industry has been built,” the statement said.

Dale Gallant, a Saskatoon taxi driver and STCA member, said in the association’s statement that drivers “have invested in the industry based on rules and regulations established by governments, such as requirements for commercial licenses and insurance, criminal and driving record checks and the requirement to accept all forms of payment and provide service to both able-bodied and disabled persons.”

The current rules already represent a “safe, level playing field,” the STCA said, adding that it “welcomes any and all competition, including from Uber or any other new entrant to the market. If municipalities cast these rules aside, the taxi industry – and the people it serves – will be thrown into turmoil with the many negative and often unintended consequences that [we] have seen in other jurisdictions.”

“We know and accept that our industry must change and improve; that is why we have chosen to propose solutions including steps to combat our province’s high incidence of impaired driving and to address the difficulties our customers face in finding a taxi during periods of peak demand,” said Carlo Triolo, manager of United Cabs and STCA executive member. “It is also why, in Saskatoon, we have recently invested in developing app and text-based services, as well as the highest accredited driver training programs in Canada.”

Boire concluded that the taxi association is urging the provincial government to “conduct a fulsome review of policy and legislation.”

In its throne speech on Wednesday, the provincial government also touched upon a variety of other issues, including changes to the Privacy Act so that people who have had intimate images shared without their permission can seek redress through small claims court. The throne speech was the last for Wall, who is retiring when his successor is chosen in January.