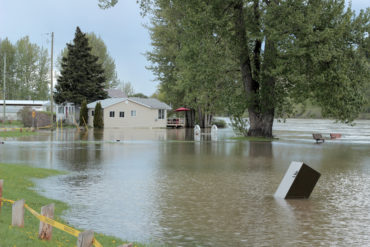 Emergency management commissioner Duane McKay says risk assessments have been done in several areas of government and by municipalities, but acknowledges there’s no province-wide plan.

“What we’re doing now is we’re bringing all of this together to do a comprehensive risk mitigation project,” said McKay.

The information will be used to assess vulnerability to floods and plan mitigation projects.

“We have a lot more technology, in terms of how we can measure some of this now, then what we used to.”

McKay says some recommendations could also be made for municipalities to help determine what land should or should not be developed.

“Some municipalities have allowed development in and around lake properties and then later – and it could anywhere from immediate to many years later – those properties are flooded because water levels have come up, so it’s to take a look at development as well.”

Consultations with government agencies and others, including First Nations, are expected to begin this fall.

The final risk assessment report is due in early 2018.

The province has to do the work as part of the federal government’s National Disaster Mitigation Program, which includes funding for projects to help protect communities. The program was established in April 2015 to reduce the impact of natural disasters on Canadians.

“The amount of disasters, in terms of floods and so on, has increased significantly over the last few years and I think now is the opportune time to start doing this co-ordinated approach,” said McKay.