A thunderstorm over Saskatoon on June 2 that spawned ping pong ball-sized hail is estimated to cost more than US$30 million, Aon Benfield said in its Global Catastrophe Recap report for the month of June. 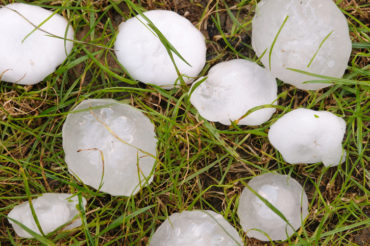 The fast-developing thunderstorm caused the “most significant” damage on the east side of the city, as thousands of claims from affected vehicles and property were filed with insurers, Impact Forecasting, Aon Benfield’s catastrophe model development team, said in the report. Total economic and insured losses were expected in the tens of millions of U.S. dollars.

South of the border, the worldwide economic and insured losses during June were once again largely driven by several major severe weather outbreaks in the United States. Large hail, tornado touchdowns, straight-line winds and isolated flash flooding all contributed to an aggregated economic loss that was expected to exceed US$3 billion, Aon said in a press release. Of that total, public and private insurance entities were expected to minimally cover at least US$2 billion.

The most significant event from a financial perspective occurred on June 11 across parts of the Upper Midwest, where a series of powerful and fast-moving thunderstorms left a trail of damage in Minnesota, Wisconsin and Michigan. Among the hardest-hit areas was the Minneapolis-Saint Paul metropolitan region, where substantial wind and hail damage affected homes, businesses, and vehicles. Insurance payouts from this event alone were likely to approach US$1 billion; the overall economic cost was estimated at around US$1.4 billion.

But costly impacts resulting from severe convective storms were not solely confined to the U.S. last month, noted Adam Podlaha, global head of Impact Forecasting, in the release. “Parts of Europe – notably Germany – incurred a significant cost resulting from large hail as the industry continues to get a better handle on using catastrophe models to further understand impacts from the peril,” he said. “Lightning was also the primary cause of several major wildfires in South Africa; expected to result in one of the costliest payouts for a natural disaster in the local industry’s history.”

On June 7, a powerful low pressure system left 11 people dead in South Africa as it lashed the country’s southwestern coast, the report said. Widespread damage and disruption was reported throughout the Western Cape region as the storm produced powerful wind gusts and lightning strikes that triggered numerous fires. The deadliest and costliest fire burned near Knysna as thousands of homes, structures and vehicles were damaged or destroyed. Published reports indicated that insurance payouts from the wildfires and storms could cost the local industry as much as US%305 million. Overall economic losses were estimated at more than US$500 million, the report said.

In China, major flooding impacted at least nine provinces in the southern part of the country during June, killing at least 31 people and affecting more than 130,000 homes. The catastrophe was caused by torrential downpours associated with annual Mei-yu rains, Aon explained. China’s official Ministry of Civil Affairs listed aggregated economic losses at more than US$2.4 billion, which resulted in the flooding becoming the costliest individual global natural catastrophe in the month of June.